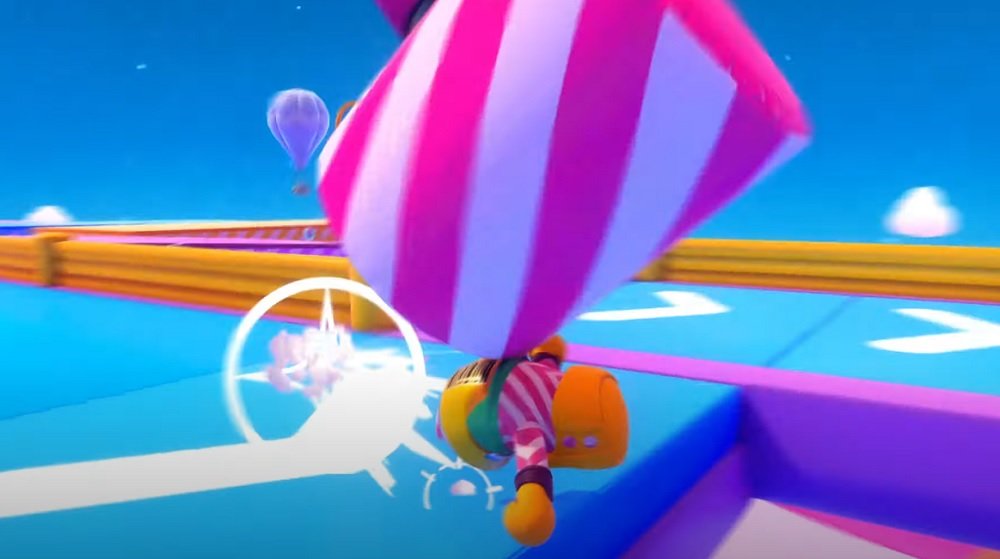 The trailer below shows off some of the new tweaks, which include a reduced timer for Fall Ball, a lower minimum-player count to provide more round variety, and dynamic new looks for various in-game items, adding new visual flair to Fall Guys‘ madcap mayhem. Big Yeetus is a dominating hammer that will appear in a selection of rounds from time to time. Still, as demonstrated below, wily beans can actually use this new “threat” to their advantage.

In addition, all new anti-cheat software has been implemented within the PC version of Fall Guys. The “Easy Anti-Cheat” hopes to keep rule-breakers off the board, leaving well-behaved beans to continue jumping, diving and barging their way to crown-grabbing glory. Maybe I’ll even score a crown for my own bonce… but that’s a big maybe. You can find all of the new changes listed in this Twitter thread.

Fall Guys is available now on PS4 and PC. A brand new season of medieval-themed games and cosmetic contents will launch in October.