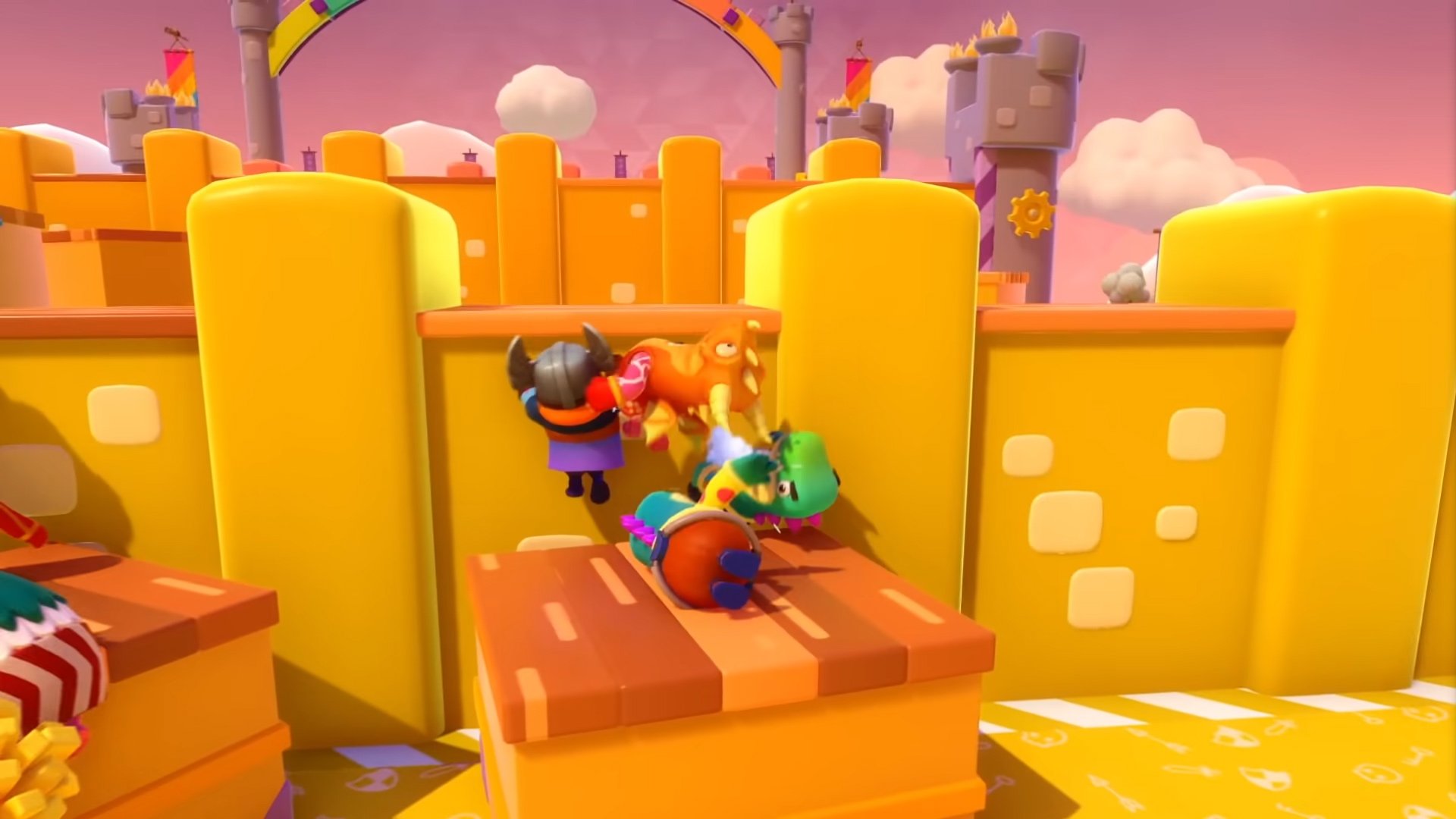 Nothing is set in stone in Fall Guys, that’s for sure. After some of us complained that the medieval-themed Season 2 levels weren’t showing up nearly enough in the rotation, Mediatonic has addressed the issue – and added a new Slime Survivors playlist – with an update on PS4 and PC today.

The update increased the odds of the four Season 2 levels showing up, decreased the odds of nicknames and nameplates appearing in the store, and added an alternate playlist, Slime Survivors, that’s all about survival-based rounds, culminating in either Hex-A-Gone or Jump Showdown. The latter was bugged initially – the same levels kept repeating over and over – but it has since been fixed.

I’m happy about these changes and I’m excited about two more: a hotfix “early next week” that makes your party member the default selection in spectator mode, and a twist on dull old Perfect Match. Mediatonic is testing a rotating stage hazard for the memory game in the “mid-season update.”

Working on level variations for the mid-season update…

This isn’t the only upcoming level variation, either. We gotta be careful what we wish for.