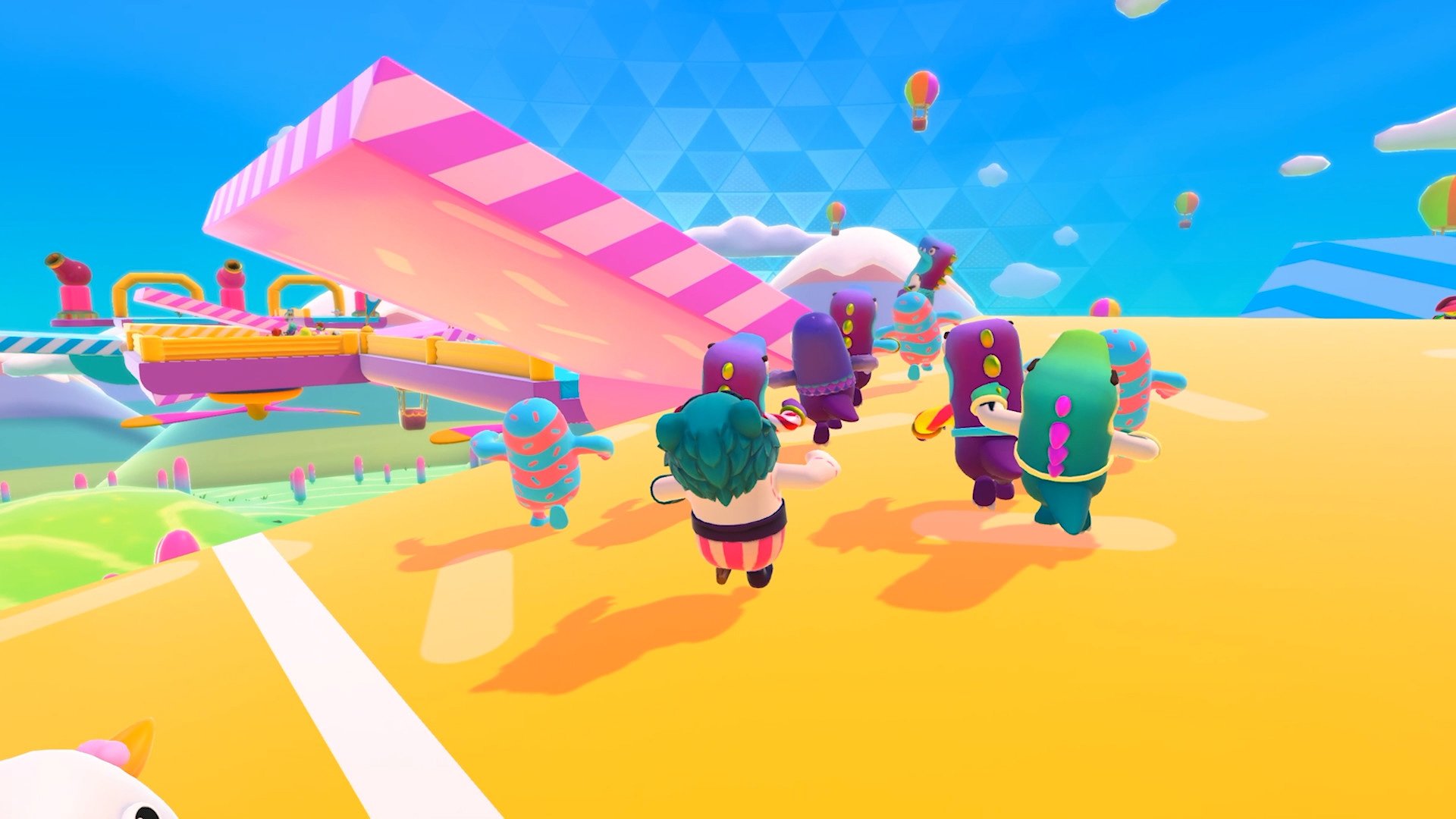 Mediatonic and Devolver Digital are devising a most extreme elimination challenge called Fall Guys: Ultimate Knockout, and if you haven’t been following this faux game show PlayStation 4 and PC game, today’s trailer should change that – it’s one of our best looks yet before the public beta testing begins.

Sometimes, you’ll compete as a team, and you’ve got to collectively escort oversized soccer balls into a goal. Other times, it’s every blob for themselves. You might jump around as chunks of ground plummet, or steal (and keep) a “flag football” tail, or race up a hillside without getting squished by foam boulders. It captures the spirit of shows like Takeshi’s Castle (and MXC) without feeling like a carbon copy.

I’m not exaggerating when I say that Fall Guys is one of my most-wanted games right now. Let’s go.