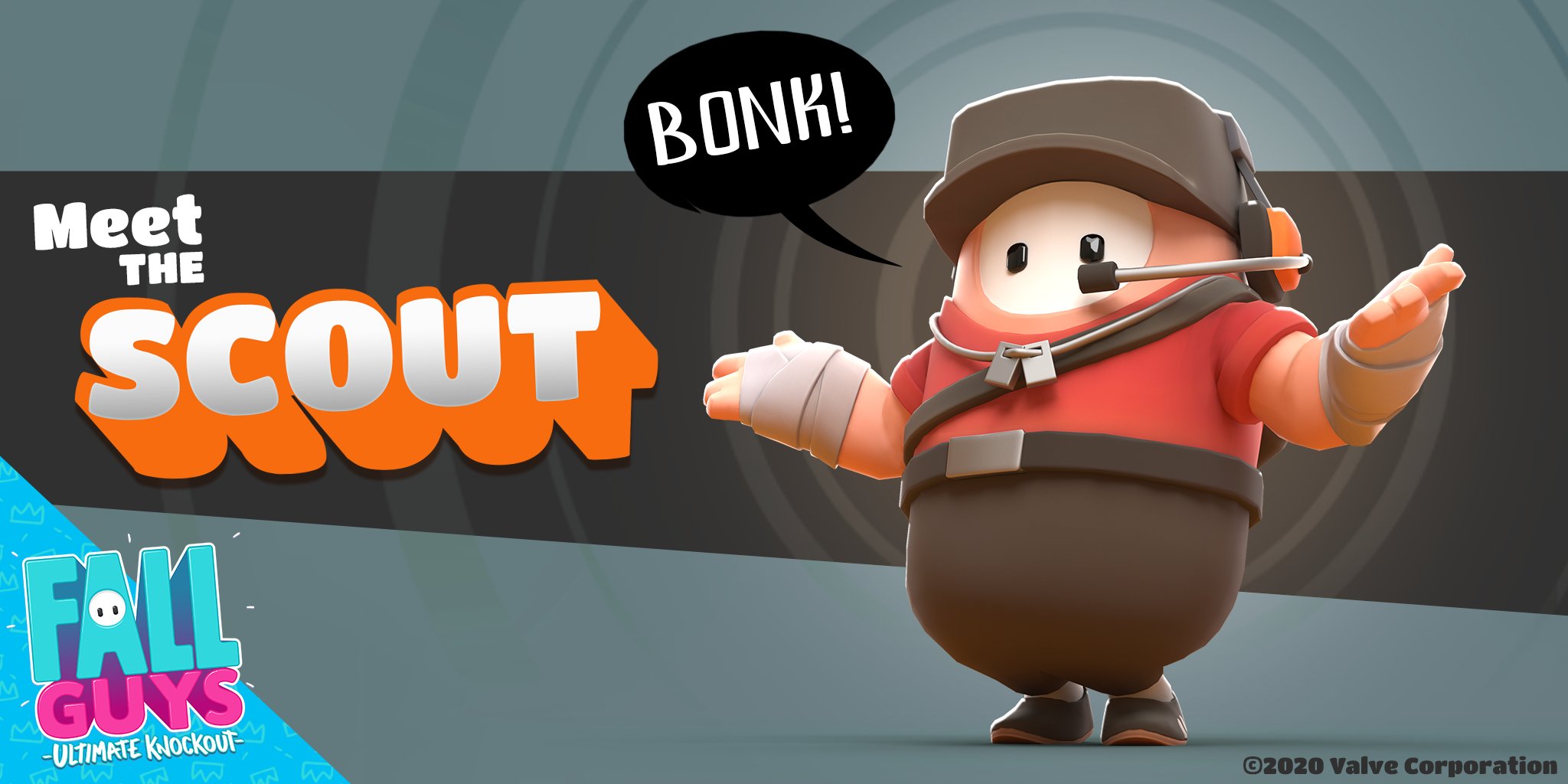 Like several million other people, I’ve also been playing Fall Guys a bit this past week, and even managed to get a few others involved with its shenanigans.

One thing I haven’t gotten wrapped up in is the costume system, which is just as well, since Devolver Digital’s extensive rolodex seems to be conjuring up all sorts of crossovers. We already got a Hotline Miami outfit on top of the memorable headcrab Half-Life homage, and now Valve is getting in on the fun yet again with The Scout from Team Fortress.

The Scout is currently on the shop as a legendary costume for five crowns, and it’ll net you the upper torso, hat, communicator and bandage wraps around your hands. The Scout pants are also five crowns, but they look like the other pairs of black pants elsewhere in the game; so maybe save your cash!