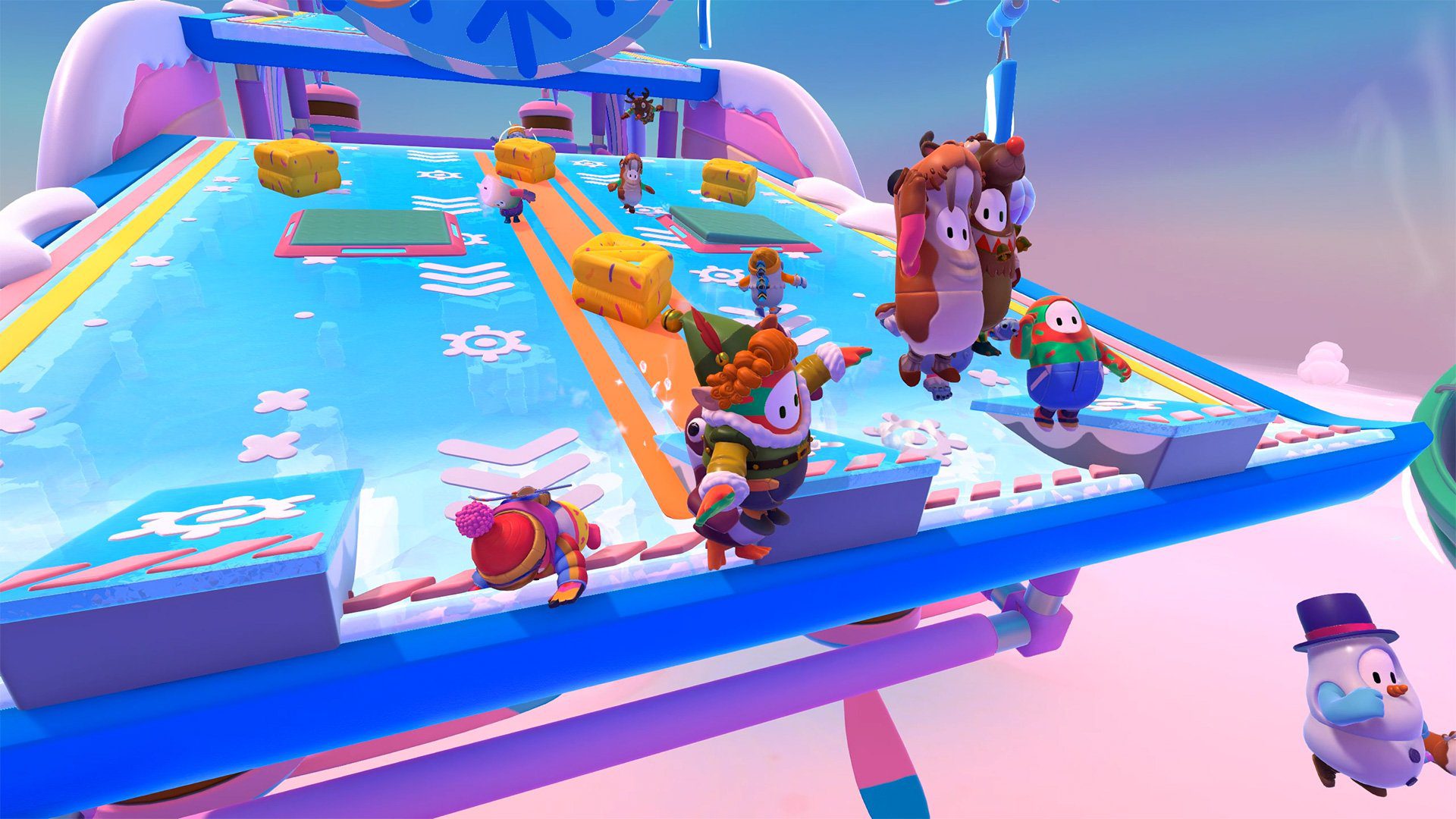 Enough to throw me off my game (and then some)

We’re inching closer toward the mid-season update for Fall Guys, and there’s a bit more going on than I was expecting. On the tentative list for Season 3.5: one “brand new” level (which will probably be icy like the rest), 40-plus level tweaks to freshen up the current stages, a so-called “Fall Feed” to keep tabs on winners and losers while you compete, and the return of Sonic, Godzilla, and Goose Game outfits.

Mediatonic stopped short of saying what the new level or variations would entail, but every little morsel of newness in this game can have a ripple effect on the chaos. I want it to be semi-unpredictable.

According to the team, new shows and costumes will “go live over the coming weeks.”

I missed the Godzilla garb the first time around, but I’m ready to drop my saved-up crowns the moment it’s back in the shop. (Question for a “friend”: is it on- or off-brand for Godzilla to drop an innocent baby penguin into the great abyss? And could that crime be the impetus for a feud with King Kong?)