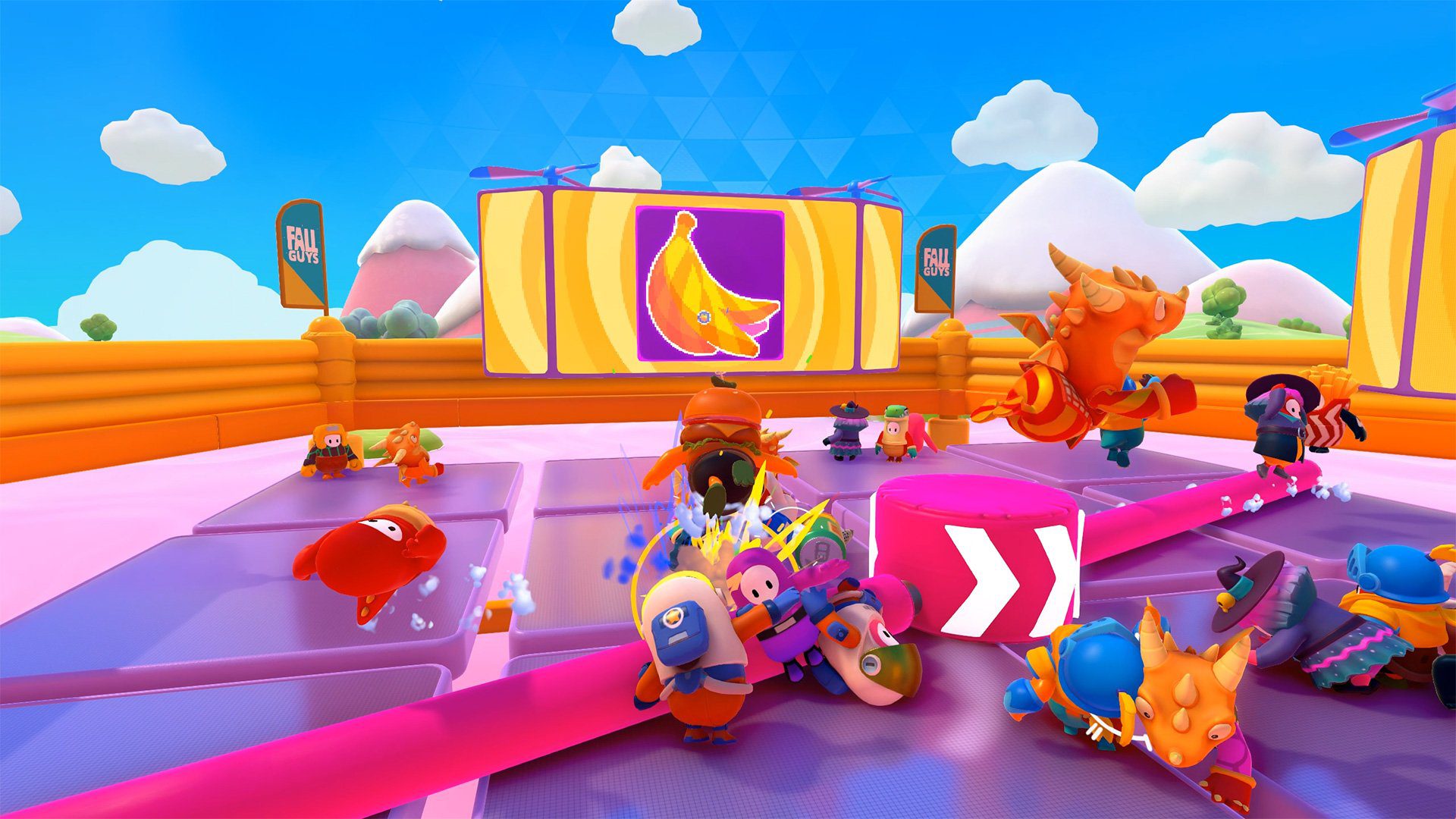 Mediatonic has the unenviable job of trying to keep Fall Guys from feeling stale, and today’s update – the Season 2 mid-season patch – is a much-needed shakeup. Following criticisms about the initial batch of Season 2 levels, there’s a new stage (Big Fans) and chaotic reworks of existing stages.

Remember all those times you snoozed through Perfect Match by simply following other players to a safe spot at the last second to avoid plummeting? Well, now there’s a spinner in the middle of the tiles. Enjoy! You can also expect to see variations of Fruit Chute and Tip Toe pop up, among others.

Big Fans is a race across spinning platforms with “an unhealthy amount of opportunities for dive jumps.”

The Season 2.5 update adds a server region selector, a matchmaking option to look for matches in “multiple shows at the same time,” and a new player name system on PC. Mediatonic is still trying to stamp out the infamous Fall Mountain crown glitch and a bug that causes missed jump inputs.

I have too much to play, but this is enough to put Fall Guys back on my sooner-than-later radar.