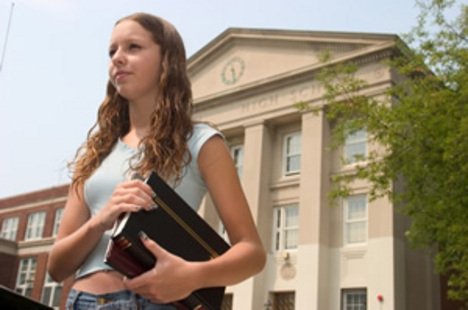 This week’s fake game comes from forum member Farktoid (guess what his two favorite websites are). It’s called Tuition, and it exists to directly counteract the years and years of crap, melodramatic, world-saving plots we’ve come to expect from video games.

Wanna know what it’s about? You should. Hit the jump.

Says the man himself:

I’m sick of every game being this epic bullshit save the World/Cheerleader nonsense. Is there a single RPG/FPS/RTS where the world ISN’T in peril?

That being said, my idea is called Tuition. The main character is a college student named Max who’s only a few credits away from graduation, but her (yes, her) loans have gone through the roof and her parents cut her off after an incident involving silly string and a handle of Jack Daniels.

So she’s out. Armed with only a Volvo old enough to vote and her stoner friend G Hamm, Max sets out across California to collect enough cash to pay for her last few credits before they disappear into oblivion.

I know, that’s not how these things really work, but it makes for more tension.

Simple mini-game odd jobs can keep them flush with gas and food (and gas, depending on what they eat), but the real trick lies in artifacts. Not magical artifacts like the mystic ankh or the Toilet Seat of Eternal Continence, but more mundane things like the legendary Amazing Spider-Man #1 in fair condition found at a garage sale or a mirror owned by Charles Darwin’s aunt buried in someone’s attic.

Needless to say (or perhaps needful), this is an Adventure RPG. Playing the mini-games give experience as well as cash money, which can be funneled into haggling skills or a higher chance of finding rare and pricey artifacts. Max has the innate skill to sniff out good deals, and upon entering each new town/city/metropolis, she receives leads. Progression goes from little towns in central Cali like Bakersfield or Fresno and ramp up to LA and San Francisco.

The true magic lies within time management. Anyone who’s played Star Control 2 can understand the need to keep an eye on the clock, and that’s exactly what the player needs to do. Make enough money to get back into school, and get back to the school in time.

Want to get your fake game idea on Dtoid’s homepage? Hit the official thread and you might have a shot. Even if your fake game doesn’t get chosen immediately, we tend to post these babies out of order. So don’t give up hope.