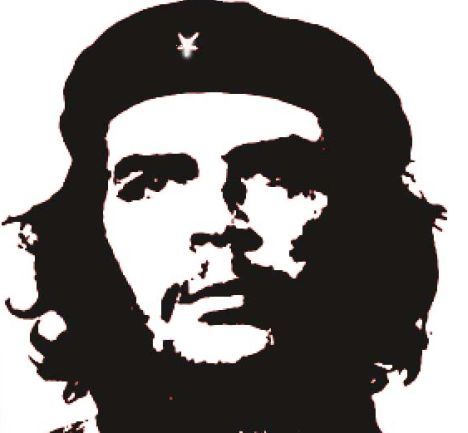 This week’s FGF, from forumite grrza, may sound familiar. Conceptually, it’s a political revolution simulator: the player starts as one man and slowly builds a political base before overthrowing the ruling class. Sounds kind of like Republic: The Revolution, right?

Because while Republic sucked, grrza’s game, Revolution!,  would actually be pretty damn fun to play. Hit the jump for grzza’s masterpiece.

“My idea for a game combines elements from GTA, 3rd person co-op action, role-playing, and strategy (possibly real-time and turn-based). It would be huge and multi-layered, like Spore, but would be more structured and complex.

The ultimate goal in the game is to incite a revolution, overthrow the government, and establish yourself in a position of power. How you do this can occur in many different ways, however, leading to many different potential outcomes.

The first step in the game is to pick a particular ideology that will drive your revolution. This can run the range from communism to anarchism, radical libertarianism, religious fundamentalism, etc. There could even be a few that don’t exist in the real world – say you’ve read too much Plato and you think the government should be run by Philosophers or Scientists. Even though you explicitly choose an ideology, however, your actions and decisions will ultimately decide what you prescribe to and how the people label you (more on this later). What’s important is that the particular ideology you choose will affect the strategies you need to employ to achieve your goals in the game.

So what are those goals? Well, you need to have people join your cause if you want to be successful overall, but how you convince them to follow you will change depending on what stage of the game you are in. You start off small, playing something similar to a GTA clone, by yourself, no followers. Early on, you need to make a choice of whether to build the movement yourself from scratch, or whether to join an existing one and work up through the ranks. The advantage with joining a group is that it is already organized, has money, and people. The disadvantage is that you have little control over it, you have to work up through the ranks, there is more competition with others in the group. If you start off alone, you have more control over what you’re doing, but little funding, and you have a harder time at first convincing other people to join you.

The gameplay would consist of an even balance of missions and sandbox play, where you run around doing things to get people to recognize your leadership abilities and the greatness of your cause. Some of what you do might be subversive (graffiti, spreading pamphlets, stealing from the rich, etc.), and some might be legit (attending protests, networking, bake sales, etc.). How much of each different activity you do and how you do it will impact your actual ideology, and how others perceive your ideology. This, in turn, will affect who joins you, how much attention you draw (good and bad), and what you do next. As you gain more people, your missions can become more complicated (and include co-op action). Anarchists might move up to blowing up corporate symbols (a la Fight Club), while others might organize protests. Because there is this element of perception (something like the reputation meter from Ogre Battle, but maybe multidimensional in this case), it will be important to execute missions in ways that garner more support from the people.

So, progress will be event driven, but events can occur either through your own volition or externally. As you gain more power, you will be able to shape the spin surrounding your own actions, as well as the actions of others (think, fliers -> zines -> internets -> TV). Early on, you will have little control over this, but you can take advantage of external events in different ways. Say there’s a natural disaster. If you’re powerful, you can use this to your advantage, and give meaning to it in way that gives you more support. You obviously can’t do this when it’s just you by yourself, but you can go to where the disaster happened and try to convince individuals to your way of thinking.

As you acquire more people into your revolution, then you can start to play strategy based missions on both a global turn-based level (i.e., where are you moving your followers around the country?) and on a real-time level (i.e., controlling your masses in a protest, or in a battle with police or the army).

In the end, you topple the existing government, and establish yourself as: Dictator, Philosopher King, Chief Military Minister, Communist Chairman, etc. What government you end up with and what title you receive will depend on how you’ve shaped your revolution in both what you’ve said and done.

Thanks for reading. I know this game would be incredibly difficult to design and program, but I think if you’re going to have a game about political revolution, it should be huge.”

If there was one thing Republic did wrong (and it’s hard to choose just one), it’s that it was nowhere near interactive enough. You told people to do stuff, and they did it. You never went out and actually completed missions on your own, which Revolution! most definitely requires.

So, would you buy it? If your answer is “no,” then feel free to hit the forum and send us your own fake game idea. You picky bastard.