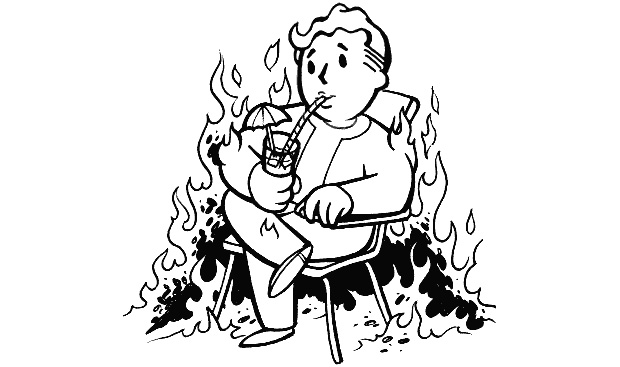 Creator spent about a grand on the site

While I did get energized by that darned website thesurvivor2299.com — the possibility of another Fallout will do that to you — I wasn’t nearly as invested in it as I could have been. A part of me knew deep down that something wasn’t quite right, but I still had to look, like a child secretly watching their first R-rated movie from the stairs. At least the site’s creator admitted to the hoax this weekend — it could’ve gone on even longer, I’m sure.

In a reddit Ask Me Anything, “the prick behind thesurvivor2299” talked about his thought process, which was: “I wanted to force Bethesda to reveal something during VGX on 12/11 (that was stupid), and bring [the] /r/Fallout community together … Unfortunately, this plan failed.”

Asked what else was planned for the site, the creator said “I’m one of these ‘selfish bastards with a lot of money’ so I wanted to release a CGI trailer … I’ll do it after 21/11 on my website. Let things cool off a little. I don’t want to piss off Bethesda at this time even more.”

Filed under... #Bethesda#Fallout#Things gamers do