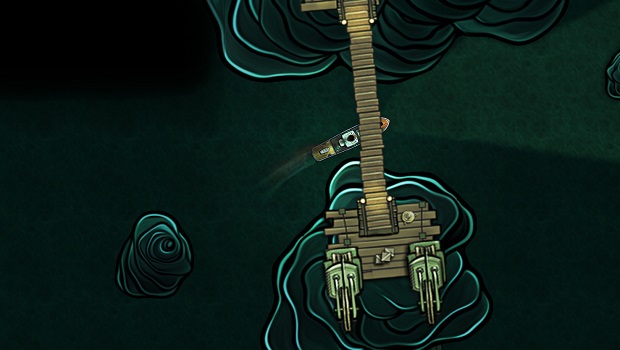 It probably won’t surprise you that at Destructoid, we get a lot of emails about Kickstarter campaigns and at times it’s hard to find the really compelling ones that our readers might be care about. Despite some Kickstarter fatigue already developing in the gaming scene, it’s still interesting to hear why a developer would choose crowdfunding despite that skepticism. Failbetter games recently had a successful Kickstarter campaign for its new game Sunless Sea and have decided to share some insights in a blog post.

Failbetter had a rough 2012, laying off some employees and despite running an ongoing browser game, Fallen London (which is well worth checking out), the team was unsure as to how successful any Kickstarter would be. “Kickstarters are all or nothing. If we had reached the end of the month and found we had nothing, it’d have been a difficult situation,” the blog post reads. “Time is the life-blood of a small team, and we couldn’t afford to waste it on a project that might not get funded.”

Interstingly, the team created a character in Fallen London that solicited feedback for a potential Failbetter project in return for some in-game currency. Once Sunless Sea seemed viable, the team worked on a prototype and cut at least 30 percent from the original design plan, and that was before the Failbetter even decided on a Kickstarter goal.

The blog post is interesting reading and I’d daresay any developer keen on launching a Kickstarter campaign should take a look. There’s a mix of experience and common sense that might make all the difference between success and failure in the unpredictable waters of crowdfunding.