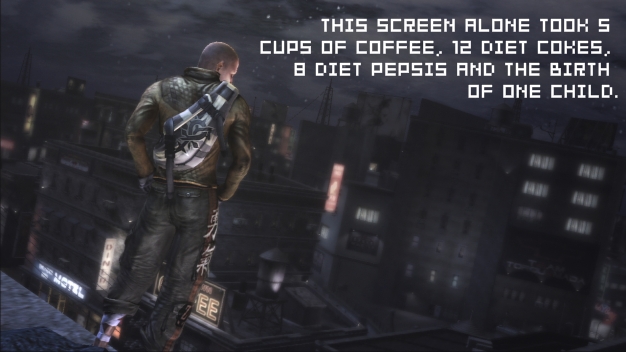 Here are some facts about inFamous:

Aren’t those facts fun! Actually it’s a little stunning to hear how much time and caffeine goes into the making of one of these blockbuster games. I don’t drink coffee, but if you’ve got an espresso machine in your office why do you need to go get Starbucks? Maybe it was for those sandwiches they have, those are good. Also, who keeps track of the number of sodas consumed?

In some actual news, the same post that informed us of these fun facts from Game Informer also gave news that inFamous will be coming to Home. No details yet on it, but if Home is really growing I suppose some people will be looking forward to it.