If you are reading this, you are above the average game consumer. Just the fact that you are reading Destructoid probably means you are an enthusiast. You likely read reviews, might catch some news about upcoming releases, and like to spend some time reading about your hobby.

We like to spend time debating what the best game of the year was, which console will sell the most in the next generation, and talk about our favorite games with a vocabulary filled with words like “mechanics,” “frames per second,” and “genre.” We know a lot about videogames, but most people aren’t like us. Most people just buy Madden or Call of Duty — that’s all they know.

Last year I worked at a big-box store over the holidays and saw how normal people reacted to the launches of popular games, how they would buy terrible titles based on cool commercials they saw on television, how they thought the Wii U was an add-on to the Wii, and how they gladly handed their toddlers copies of mature-rated games.

It’s a vastly different group of people, and they outnumber us. Talking to the masses on a daily basis gave me a little bit more insight into what the general public thinks about gaming, and I want to share these thoughts with you. 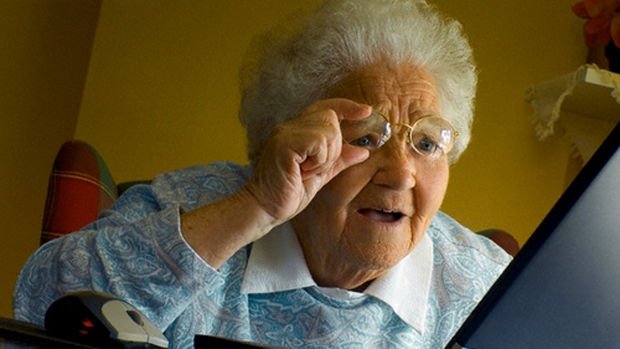 All game consoles are called “Nintendos”

Grandmothers don’t know the difference between the Xbox 360 and PlayStation 3. They are just little boxes that get hooked up the television and play video games. A lot of older people just call all game consoles “Nintendos,” or sometimes “PlayStations,” if their kid grew up with a Sony machine. The brand means nothing to them.

One of the frequent things I had to deal with was explaining that they had to buy games that matched the box their kids had at home. Parents or grandparents would often come in to exchange a game for the same title on a different system. They didn’t know what any of the differences in the systems were, and they generally didn’t care since they were buying the games for other people. 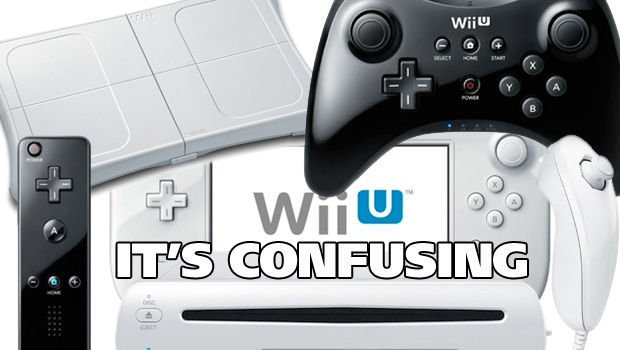 The Wii U is a tablet for the Wii

I worked over the span of the Wii U being announced, through its launch, and over the first Christmas it was out. People had no idea what the thing was, why they needed it, and why Nintendo felt the need to stop making games for the old Wii.

The name was a really bad choice. I am not just saying that as a writer spouting out my thoughts on how the industry should be, I am saying it because people had no idea what the fuck the thing was. People thought it was a tablet or a new controller for their Wii, so they didn’t care about it. They only started to take notice when new games came out that they couldn’t run on their Wii, like New Super Mario Bros. U.

Some people were interested in a new Nintendo console, but they didn’t understand what this one did that was cool. They were searching for a catch, like the Wii’s motion controls. People bought the Wii because it had the motion controls, and they didn’t get why the new Wii had this tablet thing.

In the end, the Wii U had a solid launch week. We sold out and had a lot people calling to ask if they were back in stock. Sadly, a good chunk of these folks were just buying it for a quick flip on eBay, or they thought they were getting a jump on the hot item for Christmas. A lot them ended up being returned before the holidays, and by December we stopped selling them completely. 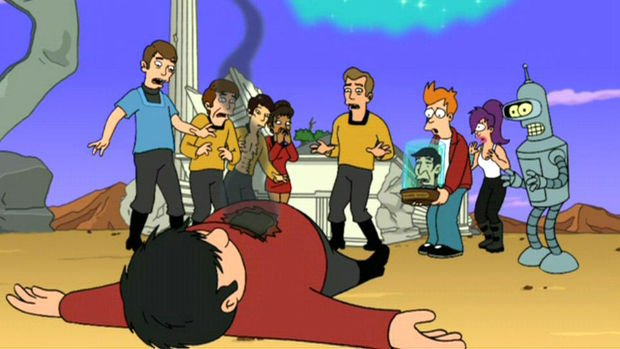 Parents don’t read ratings on boxes, and they generally don’t understand the system. To me, it’s not the fault of the ESRB or the stores selling the games. We had large signs up all over the game section talking about ratings, and in order to sell an M-rated game we had to scan an ID of someone over 17. Kids weren’t walking in and buying Modern Warfare 3 — they had their mothers buy it for them.

Parents didn’t take the time to read what content was in the games, and maybe they don’t mind if their kids play violent videogames, but I can’t imagine that they are making an informed decision if they don’t read what’s on the box. It’s up to them what they want to let their kids play, but it kind of scares me that they don’t really know what they are buying or what’s in it. One kid, no older than ten, had his mother buy him a copy of Duke Nukem Forever, and I am pretty sure he’s going to end up scarred for life.

The general population still thinks that games are for kids, and the concept that they are filled with gratuitous violence, sexual themes, and stories involving alcoholism or suicide doesn’t enter their minds. To them, something violent is like the original Halo, which just had a lot of aliens getting shot. They haven’t seen the brutality of something like Modern Warfare 3 or God of War III.

Anytime I sold a game to a parent, I always made it a point to let them know why we were carding them for it, and I would point out the ratings box that said what the game had for content. A few parents decided to put the game back after they learned it had nudity, graphic violence, suggestive themes, or blood and gore. Some parents still bought the games, saying “How bad can it be? It’s a videogame, after all.” 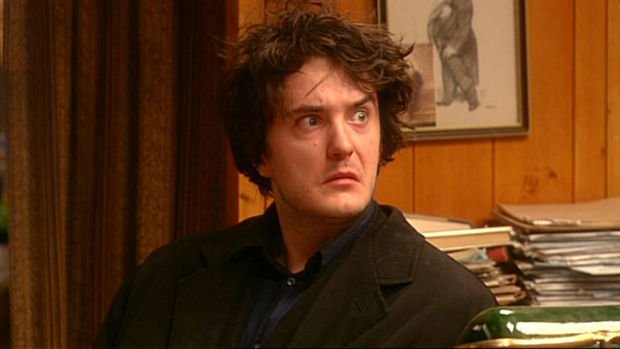 In the gaming community there can be a lot of drama surrounding review scores. High scores are accused of being sellouts, and low scores come from the haters who don’t understand the game. Review threads often have hundreds of comments from people talking about the score. We are the weird ones for reading reviews and talking about review scores. The public just buys games based on the series’ clout or the cool commercial they saw for it. Marketing departments know this, and that’s why we keep getting endless sequels, billboards, and commercials during the Super Bowl.

The day Resident Evil 6 came out, people were hyped for it because it was another Resident Evil game. They were convinced it was going to be the best thing ever. Destructoid’s Jim Sterling gave it a 3 out of 10, and it wasn’t the only negative review I had seen, so I asked people if they had taken the time to read any reviews before they bought it. They didn’t even know what I was talking about.

I said things like “Destructoid,” “IGN,” or “GameSpot,” and they had no idea what I was saying. Videogame sites and reviews are unknown to the population at large, which is mind-boggling to me since games are sixty bucks a pop on launch day. If I ever spent $60 on something that I thought was terrible, I would do way more research the next time. 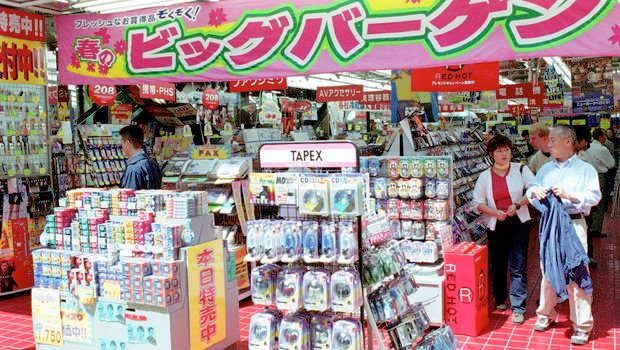 If I described something as a role-playing game, a first-person shooter, or real-time strategy game, you would already have an idea of what the game was like. Teenagers and moms don’t know what these labels mean, and I would often have to say a shooter was like Call of Duty, or that a platformer played like Mario.

What I found the most interesting about this is that not only do they not know what genre a game would be considered, they really don’t care, either. They simply play games they think are fun, and they honestly don’t care for one genre above another. These are the people who might only play a couple of games a year, and they just play what looks cool or what their friends are playing. They don’t think about the mechanics or the controls and compare it to another game and try to classify what they like about them.

People don’t have a preference of what type of game they want to play, and that’s what caused them to not understand terms like RPG, or platformer. To them, it’s just a game, which I don’t think is a bad thing. Genres are helpful to understand what a game is like, but it also hurts developers who borrow a lot of elements from popular games of the genre they are developing in. Things would probably be better if every game in the first person didn’t play like Call of Duty. 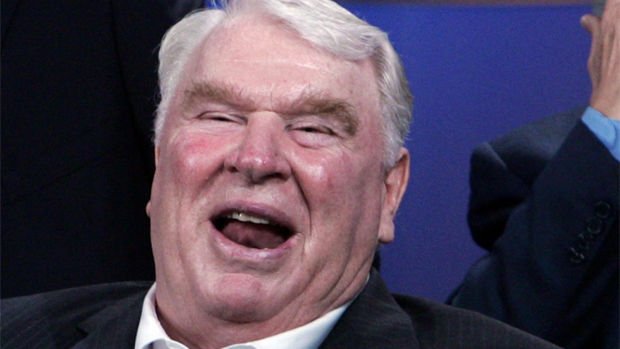 We often make comments about mainstream gamers and how they will only buy two games a year: the new Madden and Call of Duty. Well guess what, it’s totally true. There are people who will only buy these two popular games, and that’s all they play.

It’s not one or two guys — it’s a crapton of people. Launch day doesn’t really matter for any other game, but when one of these games come out we have hundreds of copies of both ready to go when the store opens. The store I worked at was in a small town in Maine and we were easily able to sell them out quickly. Guys between 15- and 30-years-old would meander into the store all day to buy their copy, and talk about how excited they were to play it with their bro friends while drinking some Bud Light over the weekend. 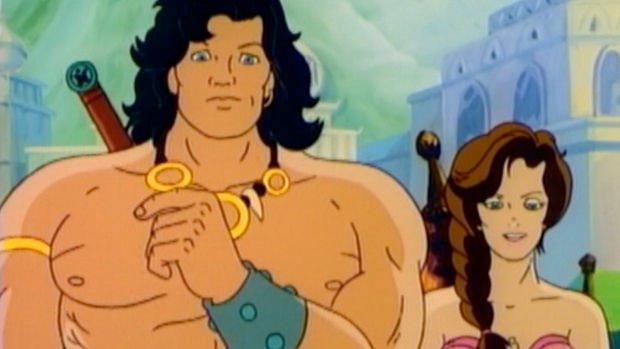 We are the minority, and while we may spend a lot of time talking about our hobby and reading articles online, we will never be larger then the general gaming public. It’s changed a little bit about how I write about games marketing and development, but the people that really need to pay attention to stuff like this are publishers.

A lot of the time, we are an insular community with developers and publishers spending a lot of time talking to games press and enthusiasts. We have that system down — we all know what’s going on, what games are coming out that we want to buy, and how to check if a game is going to be any good before we buy it.

What we don’t have is a way for the public at large to know things like the fact that the Wii U is a new console with all-new games. That you can buy digital games not available in stores, or you should read a few reviews before spending your hard-earned money. That you can buy games significantly cheaper a few months after they come out. Publishers will never come out and educate the public about where to read game reviews, since to them an educated public is dangerous and less likely to buy their over-marketed crappy product.

I think the best thing we can do is to tell our friends who play games to read the blogs. Tell them to read a review before they buy a game on launch day, and that maybe they should hold off on pre-ordering something until they know more about it.