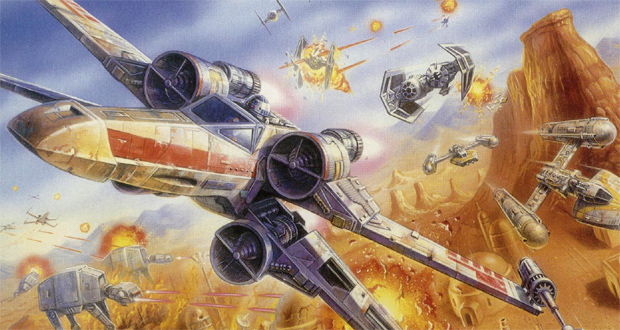 There was also going to be a multiplayer Rogue Squadon

As if we don’t have enough canceled Star Wars games to mourn already, here’s a couple more. During a recent Nintendo Voice Chat appearance, Factor 5 president Julian Eggebrecht opened up about a Rogue Squadron compilation and the multiplayer-centric Rogue Squadron: X-Wing vs. Tie Fighter, two projects that were sadly shut down years ago.

The Rogue Squadron compilation was intended as an original Xbox release but was eventually moved to Wii where Factor 5 implemented multiple control schemes (including a Wii Wheel / Balance Board combo), Wii Motion Plus lightsaber battles, and a new graphics engine — basically, all of the things you’d want for this kind of re-release. The studio finished the project but it was canceled due to, among other things, the 2008 financial crisis. Bummer.

The multiplayer Rogue Squadron sounded terrific, too. Here’s how Eggebrecht describes it:

“[Rogue Squadron: X-Wing vs. Tie Fighter] was much more about groups, because it’s always Rogue Squadron, right? So, you would be Red 5, together with the Reds essentially attacking, and there would be the Imperial side. And that would be the two factions duking it out in essentially the [Star Wars] movie battles, and then in additional battles.”

After the project was canceled by LucasArts, Sony’s Shuhei Yoshida reached out to bring Factor 5 on board as a PlayStation 3 developer. The X-Wing vs. Tie Fighter concept was pitched but it didn’t fly — Sony reportedly wanted an “internal” new PS3 game — and the end result was Lair which “was far too ambitious for a launch title [and] a pretty big mistake.”