[Dtoid community member Bardley played some Metal Gear games. This got him thinking about genetics and how they could affect him throughout his life. He gives us an amazing blog well worth reading. Want to see your own stuff appear on the front page? Go write something! –Occams Electric Toothbrush]

I’ve had the Metal Gear series on my mind a lot recently. Just a few weeks ago, I blogged about some of the music I loved from the series. I picked up a PlayStation 3 this past summer and played through Metal Gear Solid 4: Guns of the Patriots, picking up the story from where I left off from playing the previous games two years ago. Since then, I’ve started playing through Peace Walker and am trying to find a decently priced copy of Ground Zeroes to catch up on the story before The Phantom Pain launches next year. 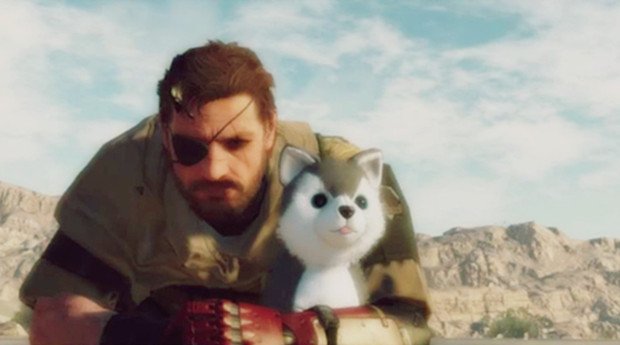 The glorious future of gaming awaits.

Since playing through Metal Gear Solid, I’ve loved the stealth action, the voice acting, and the crazy storylines that the series has become known for. Yet, when playing through these games, there wasn’t much that I had a personal connection with. I’ve never been a super soldier sneaking through enemy territory on a world-saving mission or fought superhuman villains who talk too much and have certainly never somersaulted naked through an offshore oil containment facility. 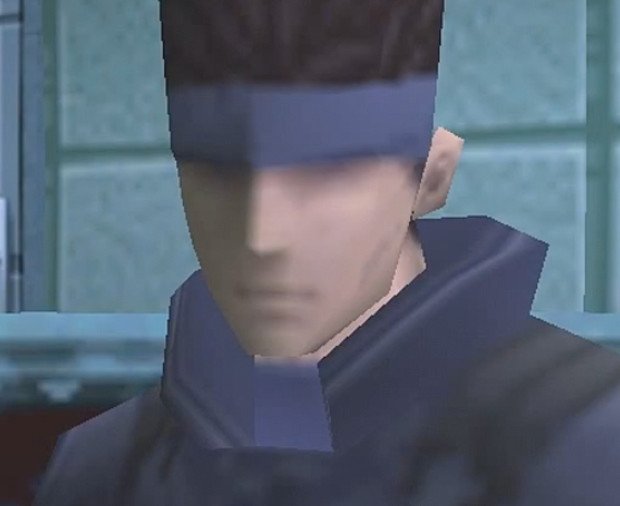 Except for appearances. Snake and I could practically be twins. Ya’ll are made out of polygons, too… right?

Yet, in all the combined craziness and grounded realism of the Metal Gear universe, there is one aspect that I can relate to, one that came to mind recently.

Genetics are a very interesting field. I remember being fascinated as a kid by all the physical similarities I could find with my parents and things I had inherited from them, such as left-handedness, eye color, hair color, and facial features. From childhood, I have been interested by left-handedness and how exactly why right-handedness is so much more prevalent than left-handedness. While studying the origins of genes in biology class in high school, I thought it was cool how anyone could map out their family history and map the probability of inheritance of any number of features. It was really fascinating looking into how I turned out the way I am, with the probabilities and chances of me receiving my physical features laid out in front of me.

But, genetics is rarely fun kid’s stuff; there is much more to it than an elementary school science lesson. With genetics comes family history of diseases and health concerns. On both sides of my family, diabetes is fairly common. However, it often isn’t caused by diet, but genetics. My grandfather on my mother’s side is incredibly healthy and physically active well into his seventies, but was still diagnosed with diabetes. I am in good health myself, eating well and trying to stay physically active in a busy university setting. Yet, a family history of diabetes isn’t what scares me. It is the dementia and Alzheimer’s in my family history that scares me. Though physically very healthy, my grandfather is in the early stages of dementia and is currently living in an assisted living center. He still recognizes most of the family, but every visit seems like he’s getting worse. A few months ago, my great aunt passed away after a long battle with many health problems, including dementia. We’re afraid that my grandfather on my father’s side may also be showing signs of early stages of dementia.

There aren’t many things that scare me, but dementia is one of them. I’ve seen how the disease progresses, with people forgetting basic tasks to eventually forgetting close loved ones; it feels as though they are a completely different person. I’ve seen that look in someone’s eyes, someone you’ve known your whole life, when they don’t even recognize you anymore. With my family history of dementia and no known cure for it, developing the disease honestly frightens me. When watching scary movies and playing horror games, there isn’t much that scares me anymore. However, one of the few things that freaks me out is the loss of identity. In stories, this can be from possession from a foreign entity, assimilation, or swift degradation of the mind. They are either a shell of their former self or have been changed into a completely foreign being. No matter what the result, the character is no longer himself or herself.

Perhaps why this aspect of horror scares me so much is knowing that something similar could happen to me. I could very easily develop dementia and not be able to remember things as my mind slowly regresses. Memories from a lifetime could fade away as I forget loved ones and fall into myself. One of the things I value the most is my mind. I enjoy creativity and imagination, appreciating and enjoying the hobbies and activities I take part in. I dread slowly losing something like that and knowing that it is happening while it takes effect.

Recently, I thought about Metal Gear Solid and recalled the role that genes play in the game. As the game progresses, the player starts to understand that there is more to the events of the game than there appears to be. A standard mission to stop terrorists slowly changes into something deeper and unexpected. It turns out that Solid Snake is actually a clone of the legendary soldier Big Boss and the shadowy figure that has led the terrorist plot is his brother, Liquid Snake. The soldiers that Snake had fought along the way through Shadow Moses Island were augmented genetically and could technically be considered his brothers as well.

Throughout the entire game, Liquid is spiteful towards Snake because he believes that he was given all of Big Boss’ recessive genes, while Snake was given the dominant genes. Liquid believes that he must prove himself as the superior clone of Big Boss to gain self actualization. As it turns out, Liquid was the superior clone, as Snake had in fact received Big Boss’ recessive genes. Yet, Liquid handicapped himself from the start, cursing his genes and spending his entire life with a chip on his shoulder.

In Metal Gear Solid 2: Sons of Liberty, it is revealed that Solidus is the perfect clone of Big Boss, an exact replica of him. He took much pride in his appearance, that of Big Boss. 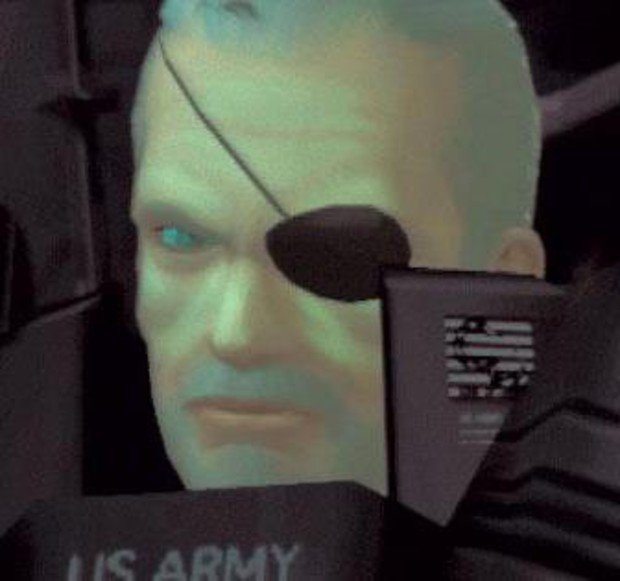 Liquid and Solidus spent much of their lives trying to live up to their father, surmount him, or blame him for perceived slights. Solid Snake, on the other hand, though the weakest of the clones, did not try to live up to his father and did not curse his fate. He simply did what was right, paving his own path in life. After the tumultuous events of Metal Gear Solid, he leaves Shadow Moses Island with Meryl at his side, ready to live life to the fullest.

Yet, Snake does not leave scot-free. Before the mission even began, he was injected with a genetically engineered retrovirus called FOXDIE that was designed to kill the members of FOXHOUND that Snake came across. As a macabre final touch, the FOXDIE strain was designed to someday kill Snake. After discussing the virus with Naomi, she informed him that the virus had a wildcard incubation period, meaning that it would kill him at an indeterminate point in the future.

Snake: Naomi, Liquid died from FOXDIE too. What about me? When am I going to go?
Naomi: That’s up to you.
Snake: What do you mean?
Naomi: Everybody dies when their time’s up.
Snake: Yeah, so when’s mine up?
Naomi: It’s up to you how you use the time left to you. Live, Snake. That’s all I can say to you.
Snake: ………

Honestly, I think that this is one of the few Metal Gear games that end with almost everything being positive and left me with a smile on my face. There is so much confidence for the future, with a world of possibilities for Snake and Meryl. Evil has been defeated and our heroes have learned something and grown along the way. So, Snake decides that he will live his life to the fullest, knowing full well that FOXDIE will probably kill him at some point in the future.

When I think about my own genes and about the future, this is the kind of attitude I want to have. Unlike Liquid, who lamented his genes and handicapped himself, Snake accepted who he was and where he came from and decided to move on. In my case, it’s no use worrying about what may or may not happen in the future. What matters is making the most of my time on Earth. I may have dementia someday and I may not. If I do, I want to have a life worth remembering. I’m nearing the end of my time in college and plan to graduate next spring. I’m at a crossroad in life and have been in a period of transition since I started college. It feels like my life is only just beginning at times. Whatever happens, I know that the best is yet to come.