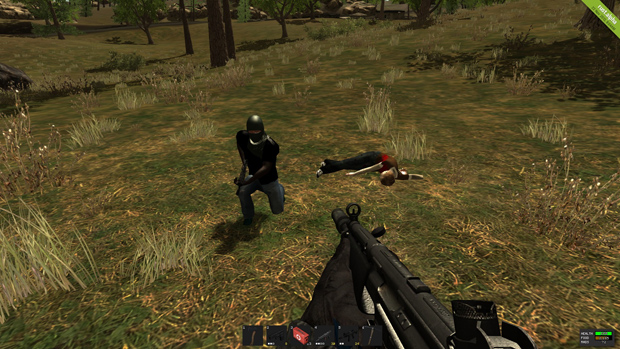 The Band-Aid has been ripped off

It’s no secret that zombies weren’t intended to be a permanent fixture of the sandbox survival game Rust and their removal has finally come to fruition as of an update today which swaps them out for red bears and wolves. “You hate them. We know. They’re just plugging a gap for now,” writes developer Facepunch. “All will be revvvealed.”

The update also brings improvements to wildlife (including the removal of white wolves), new graphics for wood and stone resources, and locked backpacks. Upon dying, your backpack can (optionally) be locked for a limited time unless someone uses a lockpick. Also, crafting is now quicker when you stand next to a workbench. A welcome addition, indeed.

On the one hand, it’s tough to see any element — even one as uninspired as zombies — taken away from such a feature-incomplete game. But I do agree with the developers that making the cut sooner than later was the right call. They can do much better and now have a clean slate to do so.