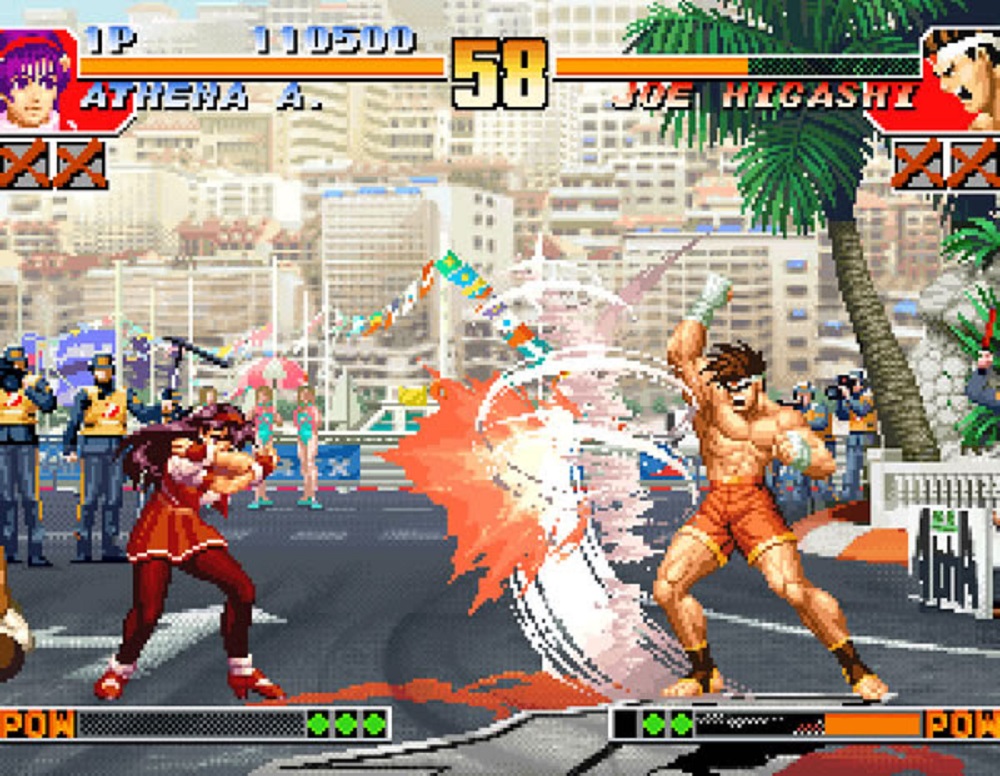 The climax of the Orochi saga

KoF ’97 is the climax of a story arc that began proper in KoF ’96, concerning some sacred treasures and the powers of moody protagonists Kyo Kusanagi and Iori Yagami, just kiss already, guys. Brought together by the mysterious Chizuru, our heroes must face off against Orochi, an ancient evil brought back to life and given cream chinos.

KoF ’97 features the debut of fashionista Shermie and her cohorts Yashiro and Chris. Making their crossover from the Fatal Fury series are fan favourites Yamazaki and Blue Mary. The standard 3-vs-3 team format returns, business as usual. The Riot of the Blood (Orochi) variants of Iori and Leona also make their creepy debut.

Unfortunately, as the game was swiftly followed up with “Best Of” title King of Fighters ’98: The Slugfest, KoF’97 faded into the background fast, but is still one of the series most dramatic and best looking titles, with a great cast of characters and some awesome stages.