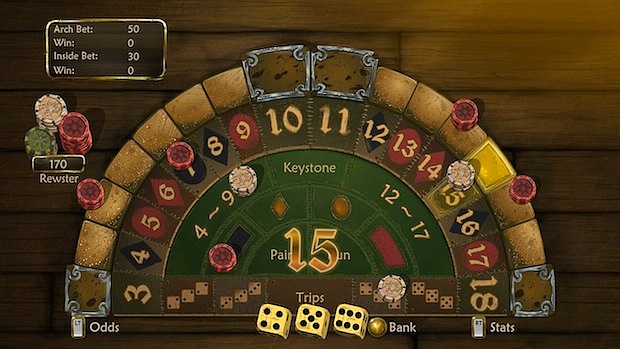 Microsoft’s Deal of the Week is Fable II Pub Games, an Xbox LIVE Arcade joint with a special history. The downloadable released in mid-August 2008, months ahead of Lionhead Studios’ new fangled RPG, Fable II. It allows players to earn future in-game cash via a suite of chance mini-games featured in the core game it was attached to. Pre-patched versions of the game have a nifty exploit that can net players mad money in a quick manner, leaving them to enjoy the colorful Albion without having to scrounge for bits of gold. Lionhead caught the exploit and said that using it would have some sort of impact on characters, but we didn’t notice insta-horns whenever we started our new games with mad loot and coin.

Originally launching at 800 Microsoft Points, or free for those who pre-ordered copies of Fable II, it is now available at the special promotional price of 400 Microsoft Banana Dollars — a 50 percent savings according to Major Nelson.

As is usual, this deal only applies to Xbox LIVE Gold members. Silver members can’t get in on this because they’re too cheap and silly to deserve such deals.