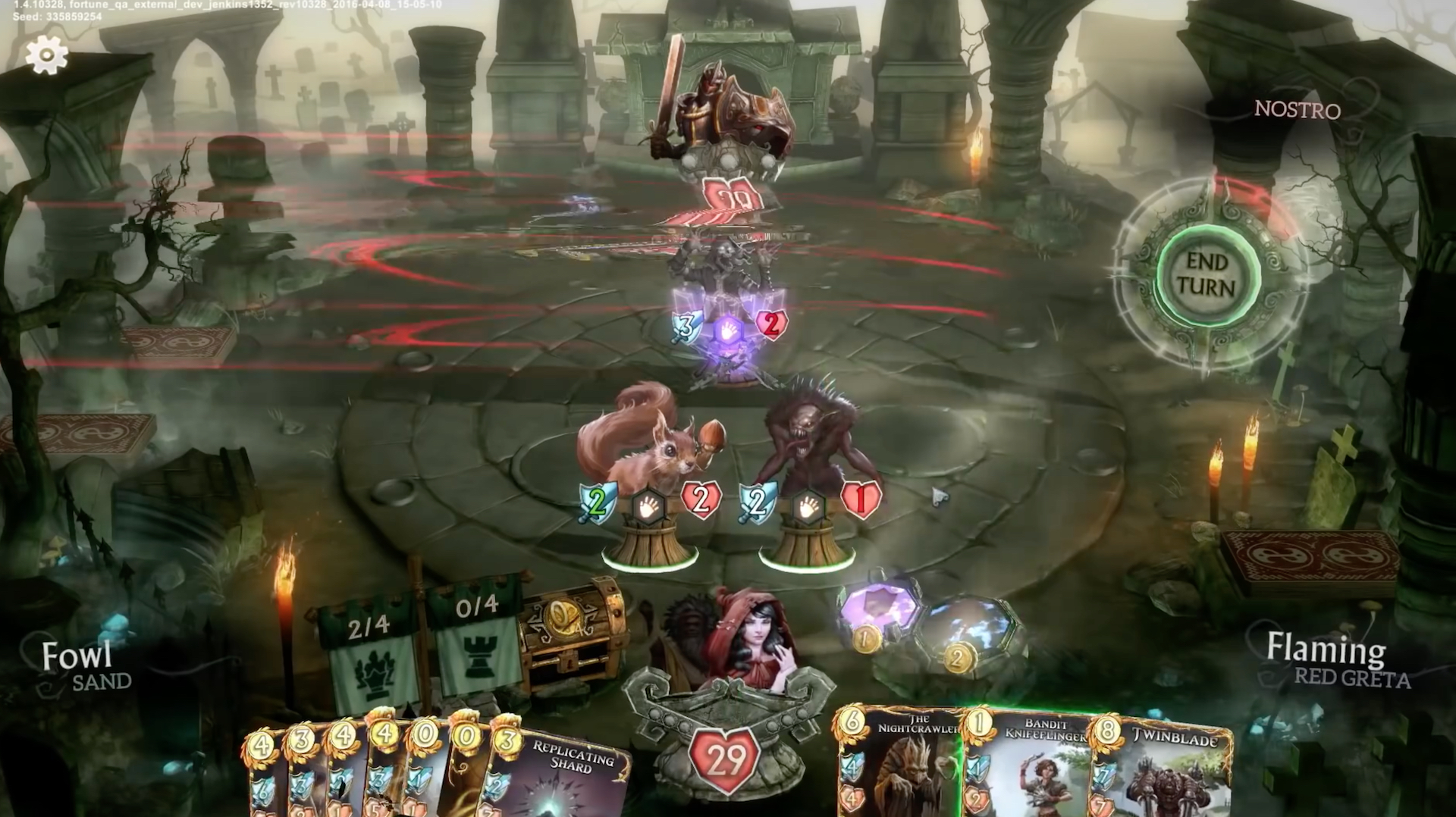 I remember a surprising amount about the plot to Fable III, considering that I stopped actively thinking about it once the credits rolled some seven-odd years ago. I remember you were a prince, and your brother was the king, but he was a mean king. You had to put together a scrappy gang and overthrow your evil brother, only it turns out he was being a despotic ruler because he needed to save money to defend Albion from some generic evil threat. I think the morally ambiguous guy from the last game showed up. Then you leave your Xbox on for like three days while money just kind of accumulates.

That summary was what I rattled off to the developers of Fable Fortune when they asked me if I’ve ever played a Fable game. It’s a fair question! Anecdotally, people don’t care about Fable – in part because the studio behind the series was closed last year and Microsoft cancelled that free-to-play co-op game. Fable isn’t being scrubbed from the public consciousness because of any active disinterest, it’s just that pop culture only has so much room for middling role-playing franchises. When I ask people about Fable, all they ever remember is “chicken chaser” in a bad Cockney accent.

So I’m not the only one who finds Fable Fortune – a Kickstarted card game featuring Fable characters and iconongraphy – extremely curious. The collectible card game (CCG) space is well-tread in video games, with Hearthstone tearing it up on just about every platform. You could make a play for that genre by stapling your game to an established franchise, like The Witcher and Gwent, which Fable Fortune is almost certainly trying to do. As a game, Fortune is nothing to sneeze at, borrowing from Hearthstone by keeping things simple while still making each deck fun to play. But that Fable name might end up being more of an albatross than anything else – at best it might evoke a franchise players forgot because it was too uneven to remember.

Stop me if you’ve heard this one: in Hearthstone Fable Fortune, you play a Hero with special Hero Powers. Using those powers as well as summoning monsters or casting spells all pulls from the same pool of mana gold pieces. Monsters have an attack stat and a health stat, and they die when that health stat drops to zero. Both players have a health pool that monsters can attack, and when that runs out, you lose – that mechanic is not unique to Hearthstone by any stretch, but the UI for health and hero powers in Fortune feels deliberately evocative of Blizzard’s über-popular card game.

It’s just as fun as Hearthstone, too! The risk-reward of spending all your gold on a potentially game-changing card, worrying all the while that your opponent will counter on their next turn is as suspenseful as ever. I’ve always been a “spam the field with creatures” man, which is even more satisfying in Fortune than it was in Hearthstone.

Fortune does have a unique hook – and maybe the biggest tie to the Fable universe – in the addition of a “quest” system. At the beginning of the round, you pick an objective for the rest of the match, like spending [x] amount of gold or casting [x] amount of spells. Once you hit that objective, you’re given a little bit of backstory and a decision between a Good or Evil plot development that changes your alignment. Evil buffs the damage you do to your opponent’s life, and Good will give you a little bit of healing to go with your damage. I can see use cases for both

Pulling from Hearthstone is not really a bad thing – that game’s clean visual language has become almost second nature to Hearthstone players, so having that be Fable Fortune‘s main point of inspiration significantly lowers the entry barrier. But on the other hand, if Hearthstone fans already have Hearthstone, why would they bother with a new game? Why pay for new cards and packs when you could stick with the ecosystem you’ve already bought into? Curiosity will assuredly drive some established CCG fans (like my roommate) to Fortune, but I suspect that – like so many reheated Applebee’s lunch specials – they’ll cool on it faster than you might expect. If you have yet to get into a free-to-play card game or if you’re absolutely dying for more Fable content, you could do a hell of a lot worse than Fable Fortune, but card game veterans might get more for their money and time out of the radically different Gwent.