How do you pronounce Cote d’Azur?

It’s only been a six months since UK-based Codemasters released F1 2014, and the studio is in the process of prepping 2015 for launch in June. It’s not hard to see where the inspiration for that rapid iterative model comes from. During a presentation at Bandai Namco’s yearly Global Gamers Day event, EA’s yearly sports iterations were even amicably mentioned during the Q&A.

It’s not an ideal situation to have to pay $60 on a yearly basis (much less every six months), but for the fans who really dig their F1, there are a few great tweaks. 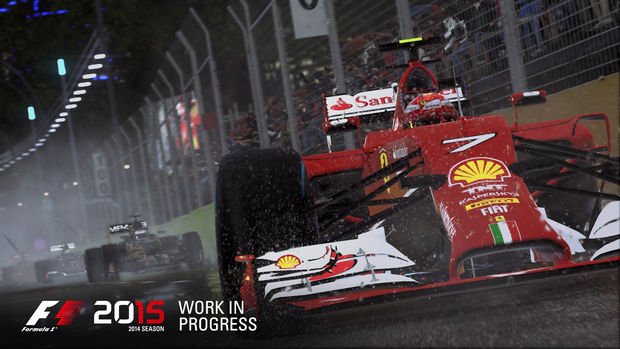 The reason Codemasters is jumping the gun with an earlier release is to arrive right in the middle of the real 2015 F1 season, which started in March and ends in November. Now more than ever the developer will focus on the F1 IP itself, encompassing the real sport of racing. To do this, it has spent 18 months rewriting the engine for its newest title, and thankfully, the 2014 season will be included for those of you who missed it.

The developers are aiming to make it more accessible for newcomers, but in their words, “not in terms of dumbing the game down entirely, just so that new fans know the entire game is not hardcore or unattainable. For the really diehard fans there will be a hardcore mode that locks the cockpit camera, gets rid of all ricing assists, and locks the AI on legendary difficulty. This is for people who think they can do F1 in real life.”

Previously, fans would prefer a wheel to accomplish their top times, but the times are changing for F1 2015, and part of that last 18 month rework was spent fine-tuning the control scheme.

When pressed, I was told that “this is the first time in the series where the wheel isn’t outright better. With better current-gen controllers, we looked to improve the feedback on the pad itself so you can feel the turns.” According to Codemasters’ tests, wheels versus controllers often came between 10ths of a second of one another in time trials. When asked what their favorite controller was, the developers stated “Xbox One, easily.” 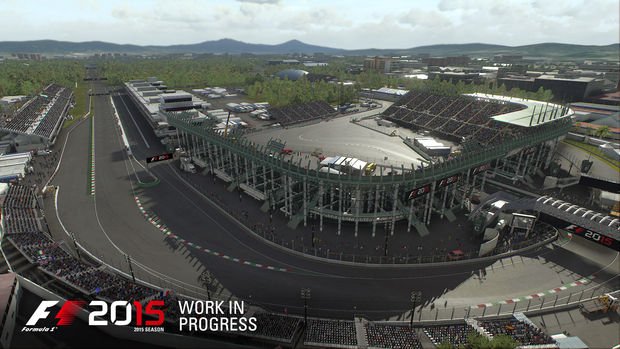 Based on my playtest, F1 2015 felt a lot like last year’s iteration, but there were obvious improvements I could feel on the first race. It looks prettier, it has slightly more responsive controls, and your manager is pretty active, giving you tips throughout the race. It’s possible to burn out your tires, obtain vehicle damage, or run out of gas during races, and it will all look better on the PS4 and Xbox One.

If you’re the kind of person who can pick up a yearly iteration of Madden and not feel cheated, you’re probably the target audience of F1 2015. It’s mainly for diehard fans who wanted updated rosters, stories, and tracks, and Codemasters doesn’t seem to mind. Though it would be nice to have more improvements in this year’s version, it did however educate me on the proper pronunciation of Cote d’Azur, a famous track from Gran Turismo. Good chaps.