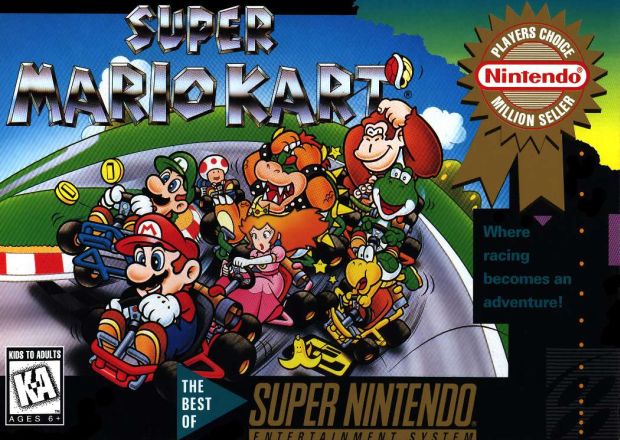 Nintendo producer Hideki Konno recalled the origins of Mario Kart in an interview with IGN, and it seems F-Zero helped inspire the beloved kart racer. F-Zero became a successful single-player racer, and the Nintendo team back then wanted to continue that success with a multiplayer focused racer next.

With F-Zero having such large tracks the design team had work out how to scale race course down to factor in the split-screen play. “The series got its start on the [SNES], but there were a lot of limitations to the 16-bit format from that time,” Konno stated. “It was necessary to make the maps and courses more compact for a game like that.”

The developers weren’t sure what kind of vehicle they would let players use until someone suggested go-karts. The idea of karts fit better with courses being more compact, and, well, the rest is history.