It looks like you’ll have to play through F.E.A.R. 3 not once or twice, but three times! Warner Bros. has announced that Paxton Fettel will be a playable character in the game’s single player mode, unlocked after players complete the area as main character, Point Man.

In case you’re wondering why this matters, let me sort it out for you. Designed as a cooperative experience, F.E.A.R. 3 can be played with a friend, one person controlling Point Man and one controlling his brother, Paxton Fettel. Both experiences, based on what I’ve seen, are totally different… even with both folks playing simultaneously. 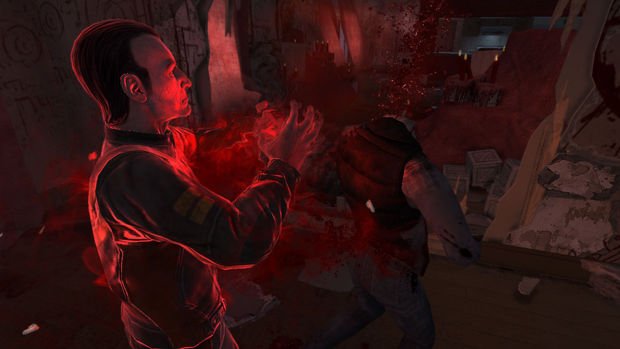 Point Man is your standard first-person shooter military dude bro, using big guns to make his point. From the player’s perspective, the world is awash in those typical browns and greens you might seen in a modern shooter. Fettel, however, has supernatural abilities, including telekinesis; the player will see a red-tinged, ethereal world to match and have to approach situations differently.

So in theory, you’re looking at three separate experiences — alone as Fettel or Point Man, and once more working cooperatively with a friend. Sounds like some good value, so let’s hope that developer Day 1 Studios can pull it together for the F.E.A.R. 3‘s May release.