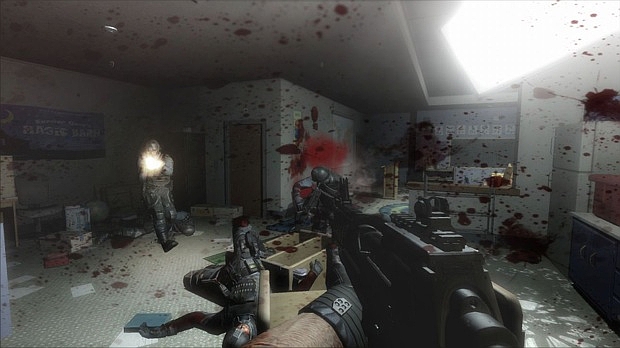 Get ready to jump into F.E.A.R. 2 again this August. IGN revealed that the creepy shooter is receiving a downloadable campaign add-on (dubbed F.E.A.R. 2: Reborn) at some point next month. The DLC won’t extend the core story of the game past the epic conclusion, but it will provide a different angle on the events of F.E.A.R. 2. Monolith is keeping quiet on plwnty of details, however, we do know that the DLC revolve around the mysterious replica soldier Foxtrot 813, not the dude you played as in the main game.

According to Monolith associate producer Lucas Myers, F.E.A.R. 2: Reborn will have four missions of F.E.A.R. 2 length. Monolith internal testing indicates that the entire add-on campaign will take players around two hours to complete.

Pricing and a firm release date are unknown, but we’re guessing we’ll learn those details and much more about Reborn in the near future. Until that day, let’s do some premise-speculating. We’ll go first. Foxtrot 813 is Alma’s boyfriend. He’s positively juiced about what happened at the end of F.E.A.R. 2 and he’s looking for revenge.