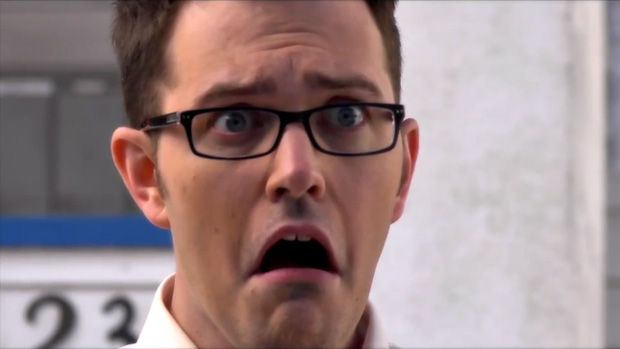 Angry Video Game Nerd: The Movie is still a thing that is happening. As proof, the official trailer just went live. You can watch it. So… do that.

We’ve known previously that the film will follow the Nerd and a group of friends as they seek the infamous E.T. Atari 2600 landfill in New Mexico. From the trailer, it appears they’ll also be hounded by the military, which mistakenly believes they are investigating the Roswell conspiracy.

I’ve been cautiously anticipating the AVGN movie, knowing that it could potentially fall flat on its face. The trailer gives me mixed feelings, but I still hold out hope that it’ll come together once I see the whole thing. At least the Bear McCreary soundtrack unquestionably kicks ass.