For as much as I like admiring The Division‘s take on a New York City that’s mid-social collapse, it’s hard sometimes. There’s so much happening on the screen that it distracts from the environment. Several different augmented reality-type interfaces leave their permanent mark on the game. It’s tough to look past all those numbers, because they are absolutely everywhere.

Tobii’s SteelSeries Sentry eye-tracking tech makes that somewhat more tolerable. In a quick hands-on at GDC, I saw how using your eyes could make all that UI clutter fade away. All it takes is glancing somewhere else.

Ubisoft’s smart implementation means that the various interfaces only light up when you’re actually looking at them. For instance, the mini-map will probably fade into the background while in combat because you’ll be preoccupied with shooting. But, when using the mini-map to navigate, the health and ammo interface will likely near-disappear because, again, that’s not what you’re looking at. 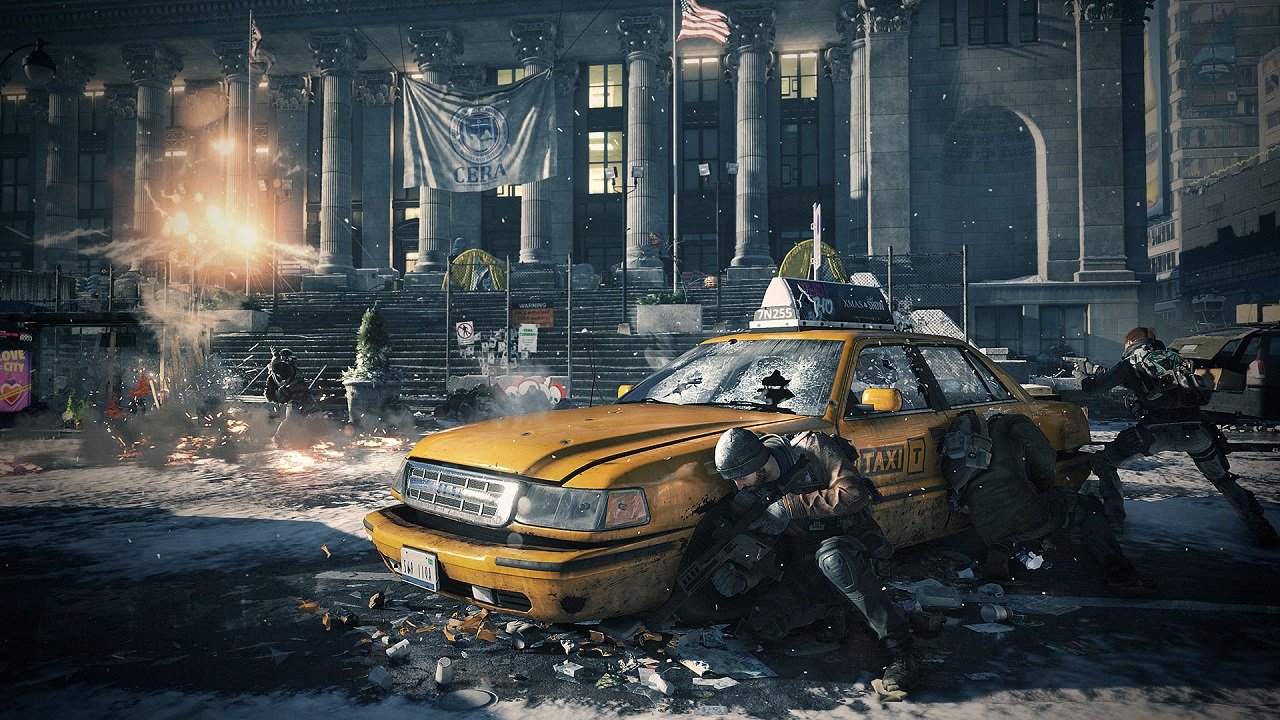 It’s not necessary, but it makes for a cleaner game. Some of the other benefits are more substantial improvements. Hiding in cover is easy because you can look somewhere and go there with one button press; there’s no need to swing the camera around with the right stick anymore. Keyboard and mouse players won’t sympathize as strongly, but it definitely speeds up those type of processes.

Interestingly (and understandably), Ubisoft chose not to implement the eye-tracking tech in The Division to its full capability. Combat sequences are only semi-perfect, as looking at an enemy immediately moves the reticule to that person’s near-vicinity. The logic is that it would break the game if looking at the AI’s head would allow for instant headshots every single time. Instead, it’s on the player to have the skill to play the game; it’s just that Tobii makes it more efficient.

It has been a year now since I was first introduced to Tobii’s eye-tracking stuff. Then, I was shown Assassin’s Creed Rogue. While still a neat technology, Rogue‘s use seemed a lot less consequential. It was a lot of using your eyes to swing the camera controls around.

Tobii president Oscar Werner tells me that’s a good example of how the tech has changed in the past year. Then, eye-tracking was used to replace processes; now, it’s used to enhance processes. I think Werner’s right. Rogue felt like a different experience; The Division felt like a better experience.

Really, that’s a step in the right direction if the general public is ever going to accept this technology. Some see it as a gimmick, and that view isn’t wholly unjustified. But, in the case of The Division, it’s more supplemental than anything else — and that angle is easy to get behind.