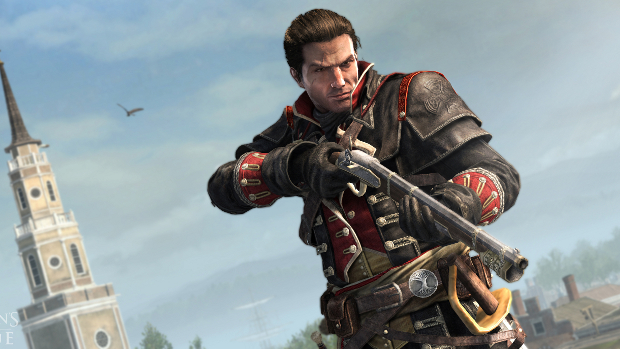 As if cornering an assassin against a cliff has ever worked

Just three days ago we got some new screens for the upcoming Assassin’s Creed Rogue, but it seems like Ubisoft is intent on releasing a slow trickle of media leading up to its November 11 release. Today, we have a video detailing the titular rogue, who was once an Assassin, but jumped ship (har har) and now identifies as a Templar.

The trailer is nice and serene, with a whale spotting, other wildlife interaction, and a friendly gathering at a local vista. Also, the protagonist stabs a dude in the eye, so there’s that too. My favorite is when some enemies corner the turncoat on the edge of a cliff, as if he is not going to just jump off and land safely in a haystack at the bottom.