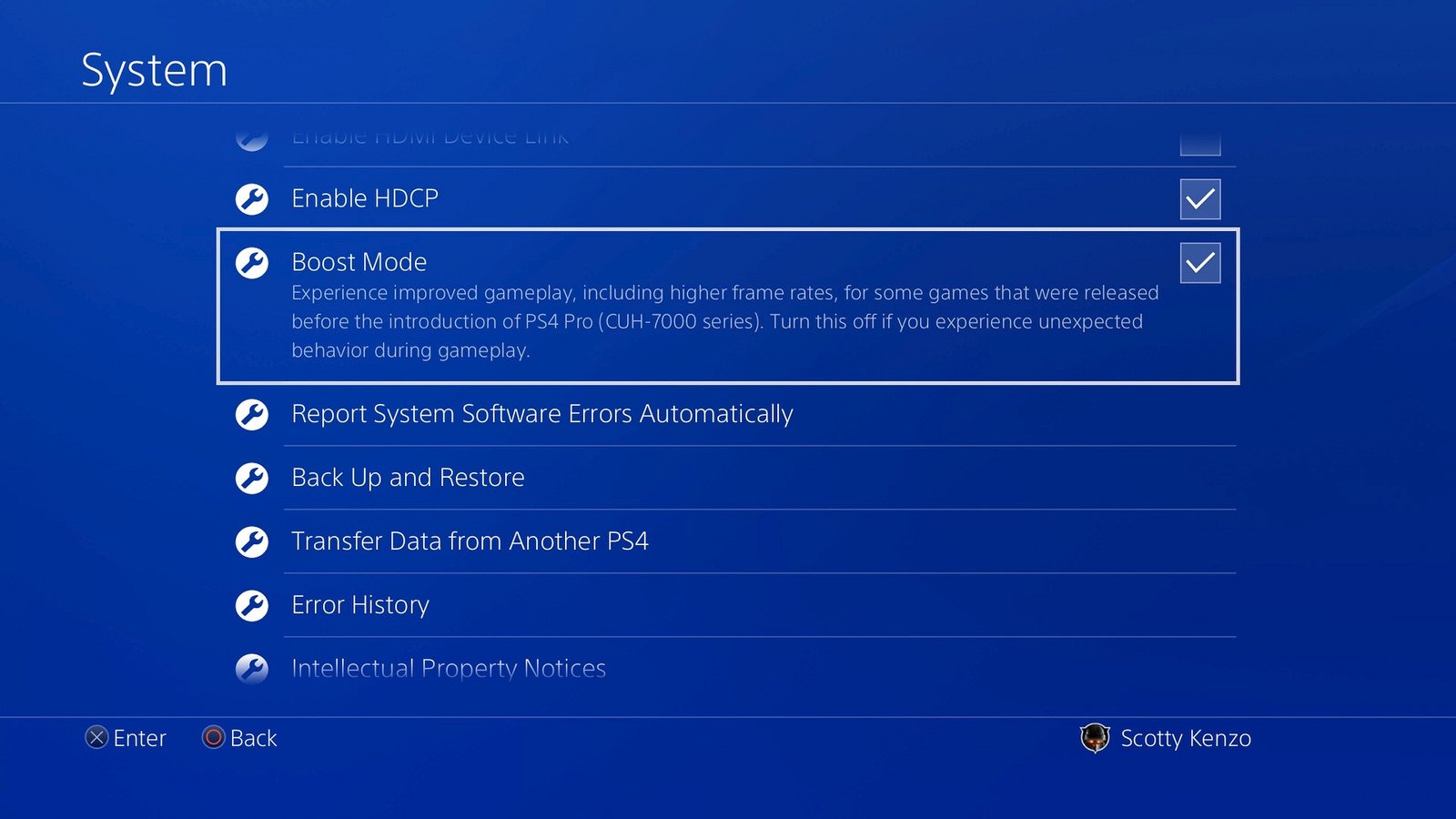 After some time in the testing tank, Sony is ready to launch one of their biggest updates yet for the PS4 — version 4.50. The heavy-hitting features are clearly external hard drive support and “Boost Mode” (dubbed “Beast Mode”) for the PS4 Pro.

The former feature will allow you to plug in an external USB 3.0 HDD up to 8TB (minimum is 250GB), while the latter quite literally “boosts” select legacy games with the PS4 Pro’s extra processing power. Bonuses include faster load times and extra stability, but not all games will see a boost.

While I was initially excited for Beast Mode, seeing a lot of stuff in action over the past few weeks with marginal upgrades has curbed my enthusiasm. No, I’m more jazzed for external HDD support, which I’ve been clamoring for years to get. I’m even running out of room on a 1TB Pro, and that 500GB standard PS4 was a nightmare with mandatory installs!

Improved 2D Images on PS VR
If you’re playing a game in PS VR and you return to the PS4 home screen, you may notice that the resolution looks lower than normal on the TV Social Screen. Following this update, you’ll find that the resolution of the system screen displayed on your TV is significantly better when you’re out of VR mode.

Also, the resolution of Cinematic Mode on PS VR will improve — if your PS VR screen size is set to Small or Medium, the frame rate of content viewed in Cinematic Mode goes up from 90Hz to 120Hz with this update.

Voice Chat for Remote Play
We’re adding voice chat when using Remote Play on Windows PC, Mac or an Xperia device. This is especially useful if you’ve got a gaming session planned with your friends, but you’re away from your system. You can switch your mic on and off via the microphone icon on the Tool Bar of the Remote Play app.

Off Console Availability
We have a variety of off-console apps and features that make communication with other gamers easier, like the PlayStation App and PS Messages. We’re adding an icon, shaped like a smartphone, which indicates a player is logged into PSN but away from their system.

Boost Mode (for PlayStation 4 Pro only)
PS4 Pro gets a new feature in this update called Boost Mode. This feature has been designed to provide better performance for select legacy titles that have not been patched to take advantage of the PS4 Pro’s faster CPU and its faster and double-sized GPU.

This can provide a noticeable frame rate boost to some games with variable frame rates, and can provide frame rate stability for games that are programmed to run at 30 Hz or 60 Hz. Depending on the game, the increased CPU speed may also result in shorter load times. You can turn on Boost Mode by going to Settings > System.

Keep in mind that Boost Mode is not guaranteed to work with all titles. Turning the setting off will allow the game to be played in a mode that replicates the standard PS4.