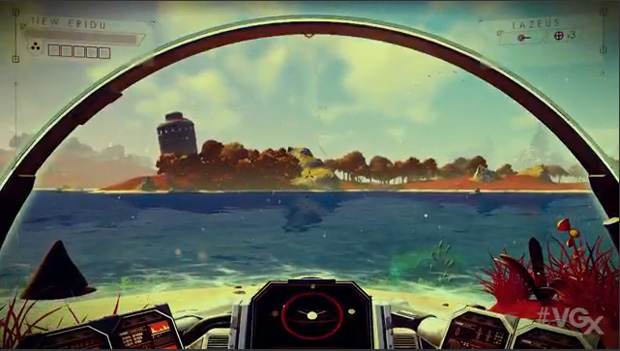 The best thing shown at VGX

The makers of Joe Danger are back with a completely different type of game. No Man’s Sky is a procedural exploration title that debuted at the Spike VGX awards. It looks freakin’ incredible.

Hello Games’ Sean Murray dropped by to chat about the project. It will always be presented in first-person, and if you see a mountain, you can go to it. Kind of neat. But if you see another planet, you can hop in your ship and go to that too, and the same goes for stars in the sky at nighttime — those are real and can be traveled to.

Murray says there’s combat in space and on individual planets, and although No Man’s Sky is being described as exploratory, it’s not just wandering about passively. Planets have an ecosystem and you’re not necessarily at the top of the food chain. Also, it would seem that players are “in the same universe and there is persistence there.” Crazy!