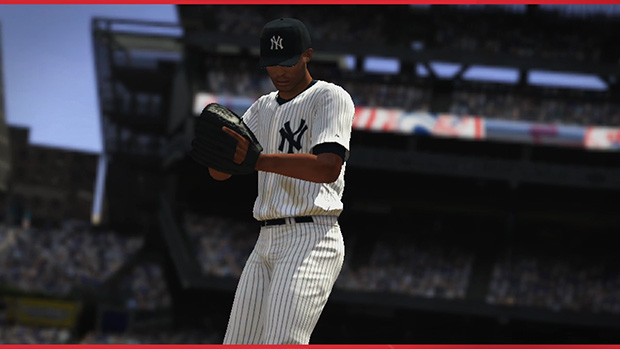 2K Sports’ Major League Baseball 2K franchise hasn’t been good in a few years, so developer Visual Concepts knew it had to up the ante if the game was going to compete with Sony’s stellar MLB The Show series. We haven’t had many details on the gameplay of MLB 2K10 — until now, that is.

The three-minute video above explains how Total Control Pitching and Total Control Hitting will work. Both pitching and hitting use the right analog stick. The pitching is almost identical to the system that MLB 2K8 employed — different sequences of gestures on the right stick correspond to different pitches. I hope it’s more forgiving than the pitching in 2K8 was. At least this time, you’ll choose the pitch first with a button press; that should let the game know what kind of gestures to expect.

The hitting also looks largely similar to analog stick hitting of MLB 2K games past, but this time, you have the option of a defensive swing to fight off a pitch, in addition to the standard contact and power swings. The video closes with a quick look at the new Batter’s Eye feature, which flashes the strike zone and tells you what kind of pitch is coming if your hitter’s Eye rating is high enough. It looks rather obtrusive; if you ask me, the Hitter’s Eye in EA Sports’ MVP Baseball 2005 was better because it was more subtle.

In any case, there’s also plenty of gameplay footage to gawk at here, and it looks much better than it has before. Major League Baseball 2K10 will be out on March 2nd for PS3, 360, Wii, PC, PSP, and PS2.