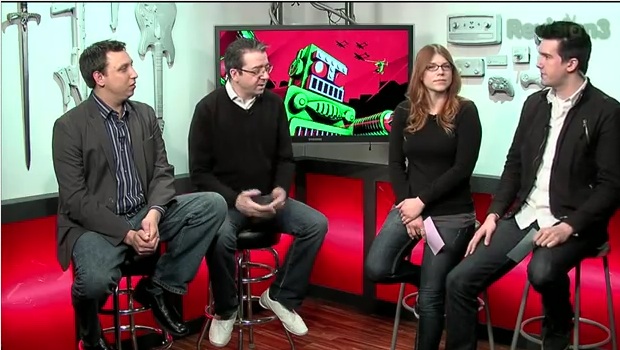 GDC is in town and that means all the industry’s leading experts are in San Francisco to talk videogames. Two of whom are Kevin Dent (who works with developers to fund their games), and Jesse Divnich of EEDAR. They talk about a myriad of topics, such as what they think will be the biggest sequel of 2012, if the Wii U will flop, and what’s the status of the next consoles from Sony and Microsoft.

Kevin and Jesse seem to have some sort of a frenemy relationship, and they share quite a few funny moments together in the video. But they also have a lot of expertise and very interesting things to share, so it’s definitely worth a watch if you want a glimpse at what the rest of the year will look like for the industry.