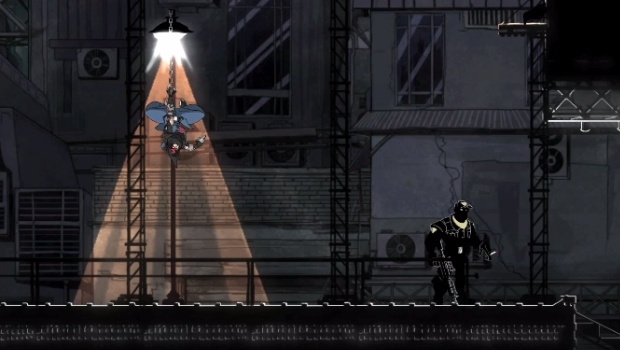 Klei Entertainment just recently launched Shank 2 to Xbox 360, PS3 and PC and they’ve already announced a new game in a clever manner. Mark of the Ninja is a stealth game which the developer has chosen to reveal with a text adventure.

Similar in nature to the “choose-your-own-adventure” book model, the brief game is presented in a snazzy format with hyperlinks for choices and contextual nuggets. The whole thing flows together into a unified prose, growing with your actions. For completing it, you’ll be rewarded with gameplay footage which brings the words to life with Jamie Cheng’s distinct comic art style.

Color me curious. Mark of the Ninja is scheduled for a summer release on Xbox Live Arcade.