Welcome to the world of Pokemon!

This entry is all about Pokémon Red and Blue. Feel free to share some of your own favorite things about the game in the comments! 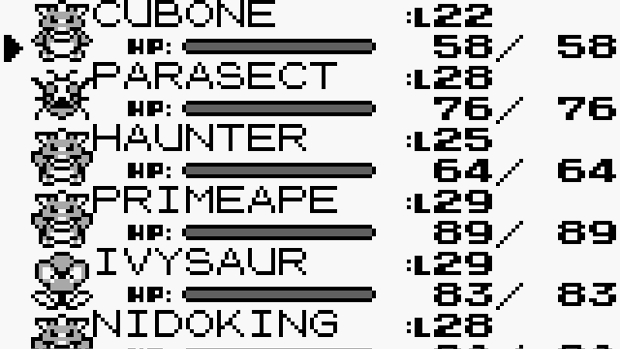 Every trainer has their own method of choosing a team in Pokémon. Some players choose only the most powerful Pokémon, such as legendaries and whatnot. Others choose Pokémon based on stats and abilities, in order to maximize their fighting potential. Some people might even just go with whoever they find first, without swapping them out for something different. Or maybe they want to try using only certain types, such as having an all Water team like Misty.

I always chose to use my favorite Pokémon, regardless of strength or stats. Sometimes I’d even keep them from evolving, because I simply preferred how they look unevolved. Cubone was always a staple in my teams, since he’s my favorite one. Marowak is cool too, but he loses some of Cubone’s charm in my opinion, so I never let my Cubones evolve. Other common choices for my Red and Blue teams included Haunter, Scyther, Cloyster, Weepinbell, Omastar, and Mr. Mime (it’s true, I like Mr. Mime!), among others. I never used legendaries, and I usually dropped my starter Pokémon at the earliest opportunity. I’m probably kind of weird in that regard.

My teams may not have been the most powerful, but they got me through the main games easily enough, and I loved seeing them all in the Hall of Fame. Battling other players was another story, however. I was terrible at fighting my friends’ Pokémon. I even entered a tournament once, and lost in the first round. But at least I went down with a team I cared about! 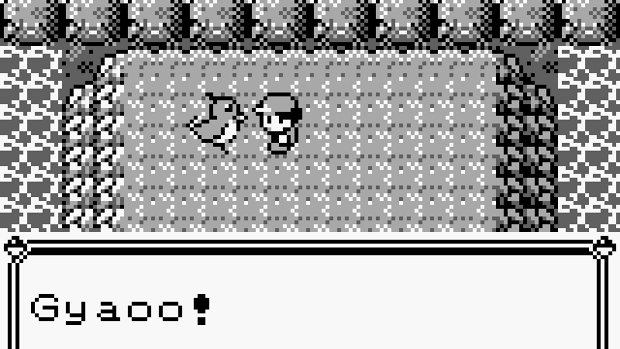 Bringing the legends down a peg

I may not use legendary Pokémon on my teams, but I do enjoy hunting them down and catching them… only to let them sit in the PC forever, remaining completely useless to the world now that they’re in my possession. You thought you were hot shit, Mewtwo? Think again!

Ahem… as I was saying, coming across a legendary Pokémon in the wild was always thrilling. Finding Articuno, Moltres, and Zapdos just chilling in their respective locations got me really excited, and I knew I’d be in for a difficult fight. It’s almost impossible to catch them until they’re at the very last sliver of health and also asleep, and trying to get them to that state without killing them or being killed by them in the process can be quite tense.

And then I’d just start chucking Pokéballs at them. Like hundreds of Pokéballs, because I never wanted to use my one Master Ball. Sometimes I’d go through my entire stock of Ultra Balls, Great Balls, and regular balls before finally capturing a legendary Pokémon. I always thought it was funny when I’d catch one in a regular Pokéball, because then they don’t even get to enjoy the luxury of living inside of a nicer ball. They’re doomed to live in the cheapest home, stuck in the PC forever, like they deserve. 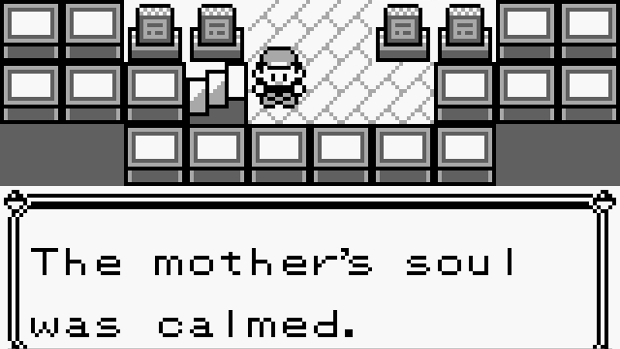 All Pokémon go to Heaven

My favorite Pokémon actually gets his own little storyline in Red and Blue, so of course it was one of my favorite moments in the game. In Lavender Town, the player comes across the Pokémon Tower, which is essentially a seven-story graveyard for deceased Pokémon where trainers come to pay their respects. It’s also home to wild ghost Pokémon, as well as wandering Cubones.

While exploring the town and the tower, the player will hear about a Cubone whose mother was killed by Team Rocket while she was trying to protect her child. A man named Mr. Fuji apparently went to the tower to stop Team Rocket and help the Cubone, but hasn’t been seen since.

Towards the top of the tower, the player will suddenly be stopped among the gravestones with a creepy warning: “Be gone… intruders…” A battle with a ghost ensues, which turns out to be Marowak, the Cubone’s deceased mother. She cannot be captured, even with a Master Ball (she’s DEAD, you heartless trainer!), but defeating her in battle will ease her spirit and allow her to pass on to the afterlife. Afterwards, Mr. Fuji can be found at the top of the tower, and he’s happy to hear that Marowak’s spirit has been calmed.

I always assumed that the Cubone in question was whichever Cubone I ended up catching, since I made it my mission to catch one as soon as possible. That way he would have friends to cheer him up and help him cope with his mother’s passing. Poor little guy… 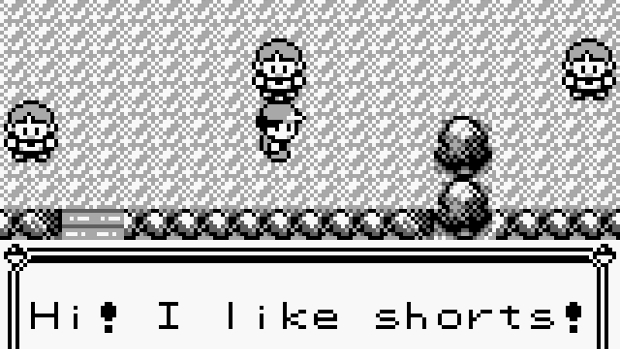 One of my favorite things about the Pokémon games are all the weird comments that the random trainers make whenever they’re encountered. They usually manage to bring up something completely unexpected and off topic, giving the player unnecessary information about their lives without being asked. We just met, and you’re bragging to me about how cool your boyfriend is? He sounds great, but maybe introduce yourself first before diving right into your personal life.

The most memorable line comes from a Youngster outside of Pewter City. He walks up to the player and the first thing he thinks to say is, “Hi! I like shorts! They’re comfy and easy to wear!”

…Ummm, that’s cool, I guess. It’s always a good idea to start a conversation with a stranger by talking about your pants, right? This kid is so fired up about shorts, it’s like we’re suddenly in some kind of clothing commercial. And now I can’t stop staring at this kid’s pants… maybe it was really a clever distraction strategy all along! 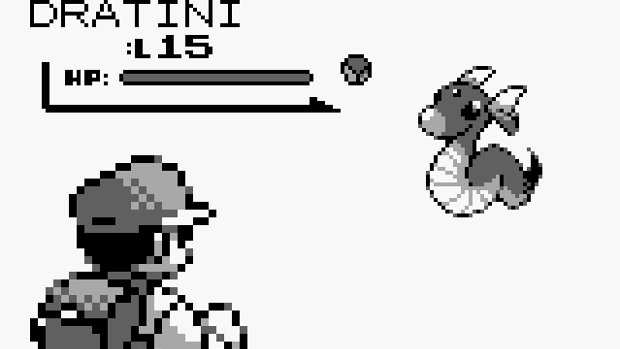 I was always a big fan of the Safari Zone. It had lots of cool Pokémon to catch and I didn’t even have to fight them. Just throw down some bait and toss some Safari Balls and hope for the best!

I spent a ton of time there trying to catch all the rare Pokémon the park had to offer, like Scyther, Pinsir, Tauros, Chansey, Kangaskhan, and Dratini, and picking out the best hunting spots to find each of them. I always made it a point to catch Scyther before I left (or Pinsir, depending on the game), since he was one of my favorites.

Plus, chucking rocks at Pokémon felt pretty good sometimes. Especially if they were being obnoxious and refused to be captured. Don’t want to be my Pokémon, Tauros? Maybe some rocks to the face will change your mind! Sometimes I threw rocks at them just because they were appearing too often and annoying me, like all those Nidorans when all I wanted was a Scyther. Too bad there aren’t any Zubats in the Safari Zone. It sure would feel nice to throw some rocks at those guys! 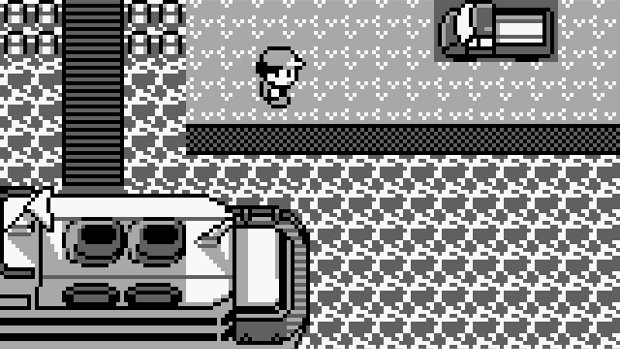 Pokémon Red and Blue were rife with rumors of secret things players could find. While not actually a part of the game per se, some of the rumors still have significant value when I think about the time I spent with the game as a naive youngster.

I remember trying desperately to access Bill’s “secret garden,” a hidden area located behind Bill’s house which supposedly housed many rare wild Pokémon. It was somewhat believable because there appeared to be a path leading offscreen right behind his house, even though there was no visible way to access it. I also remember trying to pull of a specific sequence of events in order to discover a leaked Pokémon named “Pikablu,” which actually turned out to be Marill. Both of these rumors were false, of course.

But the biggest rumor of all involved the truck near the S.S. Anne where Mew was supposedly hiding. This rumor was particularly convincing because of how tricky it was to access the area, and because of how weird it was that the truck even existed in the first place.

In order to find the truck, players have to faint on the S.S. Anne after obtaining HM01 from the captain by losing a battle before leaving the ship. This will bypass the short cutscene of the ship leaving port, meaning players could go back at any time to visit the ship again. Later, return to the S.S. Anne after teaching a Pokémon to use Surf, and surf off the boardwalk right before entering the ship. The player will be able to freely surf around the harbor, which contains nothing except for one very conspicuous truck, which strangely doesn’t appear anywhere else in the game.

According to the rumor, the truck could be pushed aside by having a Pokémon use Strength, similar to moving a boulder. And in the space where the truck used to be, it was possible to encounter the legendary Mew, which at the time was impossible to obtain without going to an official Pokémon event. The rumor was false, but that didn’t stop me from trying everything I could possibly think of to move that truck. It had to be there for a reason, right? Why would there be some random truck in a hard-to-reach area for no reason at all? There must be something!

Unfortunately, the only thing to ever come out of that truck was severe disappointment. 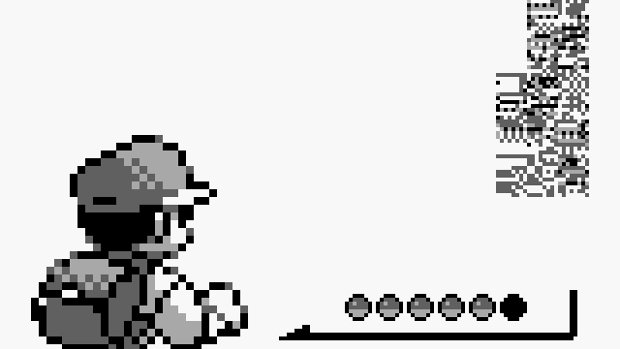 Glitch in the system

However, there were some rumors that actually turned out to be true. I heard talk of a secret Pokémon named Missingno, who could be found under special circumstances by surfing along the coast of Cinnabar Island. So of course, I had to check it out for myself!

Missingno did, in fact, exist. After completing a sequence of events involving the old man in Viridian City and surfing along the coast of Cinnabar, I finally encountered the fabled creature… which turned out to be a weird mess of random pixels. It was a glitch.

The glitch Pokémon, whose name is short for “Missing Number,” could actually be caught, raised, and used in battle. It could even be used for item duplication, meaning it was possible to get infinite Rare Candies by simply encountering Missingno.

But being a glitch, it also corrupted some of the game data, so finding and catching one was rather risky. I still did it anyway just to see what would happen, and while it did interfere with some stuff, like scrambling sprites and messing with the Hall of Fame data, nothing particularly bad seemed to happen. Maybe I just got lucky. Regardless, Missingno is still one of the coolest video game glitches ever.