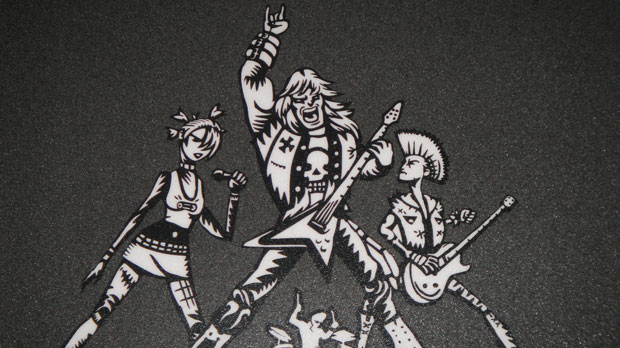 Well, according to Guitar Hero brand CEO Dan Rosensweig (via Joystiq), there are already new Guitar Hero and Band Hero games in the works…. you’ll just bee seeing fewer of them next year. DJ Hero, won’t be left out in the cold — there’s “more” on the way, if that’s your thing, too.

Recently, I’ve heard weak (and totally obvious) rumors of Guitar Hero 6 already well underway, which Rosensweig has basically confirmed. This shouldn’t come as a surprise. Despite declining sales of music games, I don’t expect them to fall off the map any time soon, especially when it comes to the Hero titles, which Activision will support until the end of time.

But even more interesting, a tipster recently dropped hints of something called Guitar Hero: VIP Pass (or “Backstage” pass) in development by the recently acquired 7 Studios (the former developer of Scratch: The Ultimate DJ). But it won’t be a game at all, if the source is accurate — the details were vague, but it sounds like a Halo: Waypoint-like service for Band Hero and Guitar Hero.

Personally, I’m getting used to the influx of Hero games, particularly now that Neversoft seems to have found its footing and have made some strides towards a really solid full-band package. Just please, no more of my rock idols singing pop-punk songs, okay?