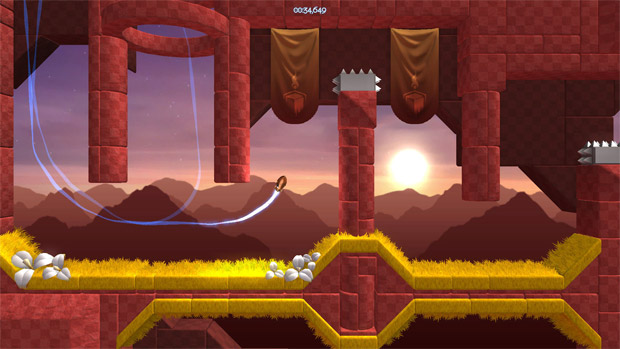 Nimbus was a rather fun indie title for PC that had you gliding through puzzle-centric environments at breakneck speeds. It didn’t seem to garner too much attention from the public, but enough of you played it for an upcoming PlayStation Network version to happen.

“New content as well as improvements for areas which were cut due to lack of time for the Steam version” are confirmed for Nimbus+. On the official Noumenon Games blog, we are told that “the plan is to bring some of the improvements we currently have planned for Nimbus+ over to PC where possible.”

“We’re also discussing some other boons for the ones who’ve taken the leap to buy the PC version, but there’s nothing decided on that end yet.”