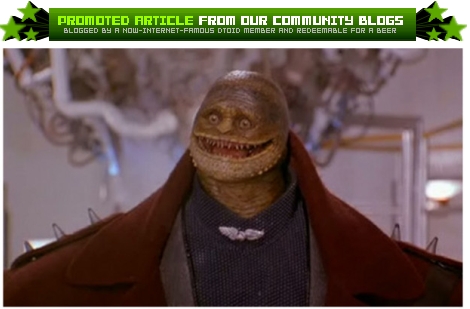 After seeing Watchmen in the theater and actually enjoying it quite thoroughly, I was surprised to read about all the bad scores and reviews it was getting. I had finished reading the graphic novel about a week before the film was released, so while I did understand and love the story I hadn’t been obsessing over it for 20 some years either. This got me thinking: why do video game movies usually do so bad and get poor reviews? And when I saw that this month’s theme was about expanded universes, I thought it would be a good time to try and sort all this out.

The first genre of an expanded universe for a game that I witnessed, like many others, was in the form of the Super Mario Brothers movie. Being only 7 or 8 years old it left me blown away; even though I knew deep down inside that it really sucked. As I grew older and watched this movie several more times my conscious finally caught up to my subconscious. Sure it had some aspects from the Mario games, but overall it was like watching a bad re-make of Bill and Ted’s Excellent Adventure. But since this was the only reference to Mario I had seen outside of the games I loved it anyways.

I can still hear my father when going out to rent the movie for me say: “Why do you want to watch this horrible movie again? It’s not that great, you know.”

The next experience I would have with an expanded universe was with the Resident Evil books written by S. D. Perry. I remember seeing an article on them in PSM and loved the idea of reading about RE. So I got the first book and read it all the way through. Even when I was 13 and reading the material, I could tell it wasn’t high grade stuff. But I read it anyways and I told all my friends about how close it was to the actual game. Eventually I got the rest of the series up to #5 but I actually stopped reading after Caliban Cove (#2). From what I remember, the story was intriguing and picked up from the ending to the first game. When reading about these new adventures I first thought to myself: “This is lame! It has nothing to do with the games.” But after a while I started to enjoy it and learned what the terms “canon” and “non-canon” meant. I can’t remember if I finished reading CC or not but I learned what Fan Fiction was and learned that I could appreciate it. 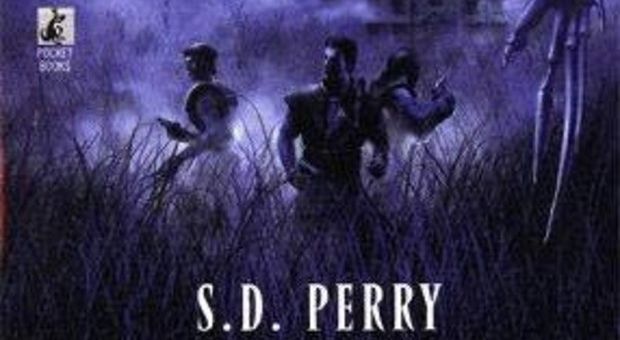 Around that same time is when I first heard of a live action Resident Evil movie. That was in 1999. It took about 4 years to get done and all the while I was hoping that it would be everything I imagined. So when the trailers started coming out I was excited to see it finally be released. I gathered all my friends and we went to go see the movie. The first thing I said after coming out of the theater was: “It was an OK movie, but it wasn’t Resident Evil.” Many people agree with me and many more say that it wasn’t even an OK movie to begin with. The same thing was said with the Final Fantasy movie The Spirits Within. But what dictates an expanded universe as being good, bad, mediocre, or even relating to the source material at all? 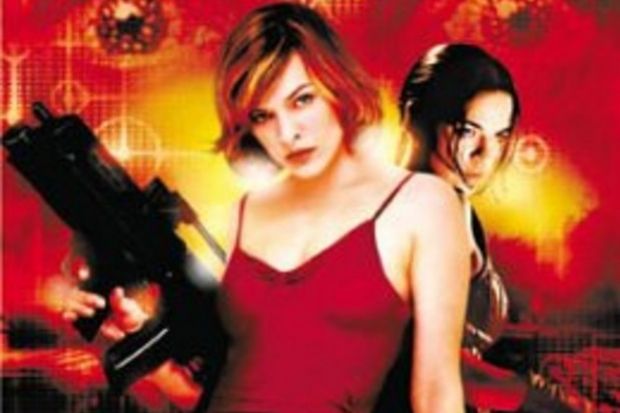 What are the criteria for an adaption of a video game to become a successful form of entertainment, specifically a movie? The first things that people list are that it should have the same characters and the same theme/story as the game(s). What defines “character” and “theme” can be different for each individual. But people expect characters to look alike, act alike, and more importantly we expect them to have the same character types. For example, having Cloud Strife act as an evil landlord holding the deed to the family farm is in clear violation of everything his character actually is. 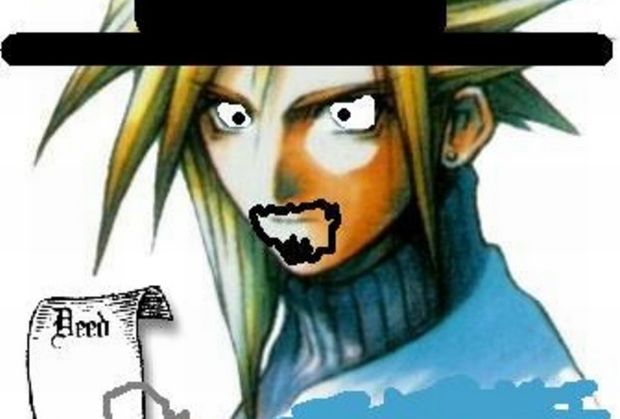 The theme of the story should remain the same as well. It’s OK and often necessary to change some events in the movie to account for time constraints and to connect with an audience unfamiliar with the source material (I’ll get to this later). If you cut out or change too much though, the movie becomes something of its own, only sharing a title and some trivial aspects with its original counterpart.

The third aspect when transitioning a game into another medium is that it should share the specifics and details of the original game. Obviously not everything from a game will make it into a movie otherwise it would be extraordinarily long and bore the audience to death (something that books can take their time with). So what specifics should make the list? First of all should be set design, props, and costumes. These are all things that often don’t take long to show on screen and yet help connect the game to the film in a big way. Mark Wahlberg didn’t look anything like Max Payne until he put on the leather coat with a loose tie around his neck. Angelina Jolie in long braided hair and with short-shorts on playing Lara Croft helps connect the movie to the games. Having Agent 47 in a suit with a red tie and dual pistols also helps make the connection. These are just small things that help give the character and the world in the film a connection to the source material. 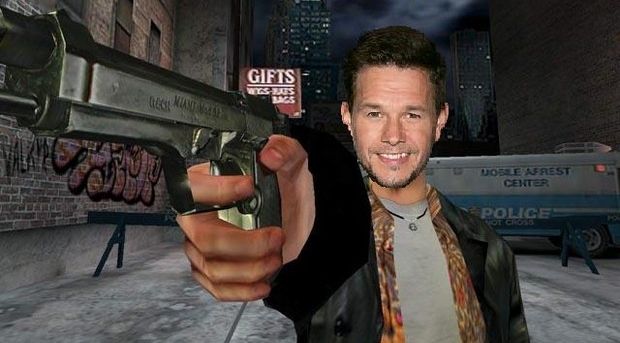 Character specifics and events in the plot are a little more difficult to include because they take their won specific time on screen to delve into where as props and costumes can be recognized immediately. Choices as to what events of the plot and character developments should follow the same as the things listed above. They should also be vital things though, to include for the sake of the story but again help connect the movie to the game. Secondary missions, side stories, and some dialog can be omitted because they are not vital. If time and money is left then of course include them! But when people complain about small details it almost angers me. How would an audience who has never played the game connect with something trivial?

So who are these movies being made for? Is it the rabid fan base of the original game? Is it the people who maybe played through the game once? Is it for the random people who have no idea what the story is about and just went to the movie for the air-conditioning and popcorn? Most of us will say that it’s probably made for the people in-between; the people who liked the game but don’t obsess over it. If the movie was being made for the crazy fans and tried to include every tiny detail, why even make a movie? Why not just film someone playing the game and release that? We would say that it’s crap and go back home to play the game anyways. We go to see these films because we want to see somebody else’s interpretation of the game. And we are often disappointed because their interpretation is either not the same as ours or they couldn’t put in the same things we expected to see. We also go to see them because the game was so good that we can accept some changes to the source material in order to experience it another way. The problem seems to be that we want to experience a 7 hour, or even 30 hour game in the span of less than 3 hours. And when everything that we remember in the game is not represented, the film is deemed “non-canon” at best or a horrible abomination unleashed upon humanity in most others. 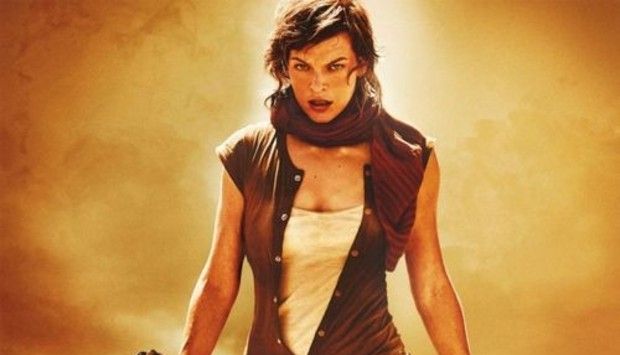 We read books, watch movies, listen to music, and look at artwork based on games because our love for the game is so profound that we want to both experience it with others and to see if other people have the same feelings for the game as we do. The only medium to really get a lot of flack though are movies. This is due in part to the close resemblance they share with video games, a large budget, and a lot of advertising. But both use moving pictures and sound to tell a story and we assume that if one of them is great that the other must be as well. The one thing though that isn’t in film and that can’t be replaced is the direct manipulation we use to play games. There’s just something that is lost when adapting a game into film.

So the next time you go see a film based off of a video game, try to remember that it is going to be different. If you wanted to watch something exactly like the game then go back home and play the game. You are going to watch the film because you want to see a different interpretation of the game you love so much and you have to be ready to accept that things might be a little different.