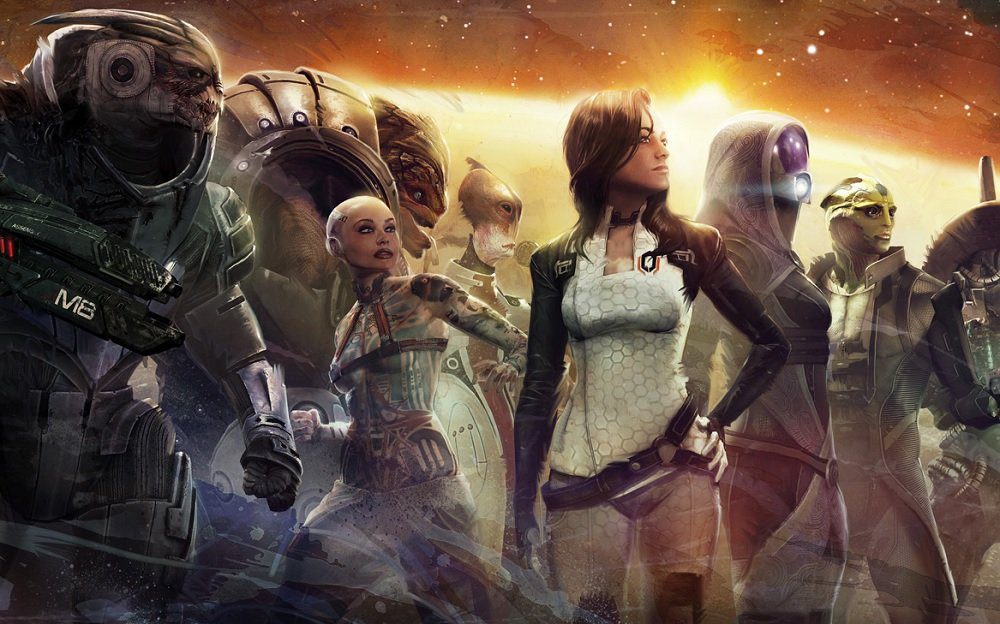 While things have been very quiet on the Mass Effect front as of late, fans will be pleased to hear that publisher Dark Horse has opened pre-orders on a surprise release in its range of video game tomes: The Art of the Mass Effect Trilogy: Expanded Edition.

As spotted by Eurogamer, this new coffee-table tome is a bumper edition of the original art book released by Dark Horse back in 2012 and will boast 272 pages crammed full of sketches, design concept, speed-paintings, and portraits of the characters and locations that made BioWare’s holy trinity such a memorable and indelible RPG experience.

The Expanded Edition will feature all of the art from the original release, but will also include new chapters featuring latter-day DLC expansions such as ME 2‘s Lair of the Shadow Broker and ME 3‘s amusing Citadel. I’m a big fan of the original release – currently staring at me from my bookshelf as we speak – and I’m definitely in the market for a revision. Penguin House currently has listed a release date of February 23, 2021.

Now… about that trilogy remaster…