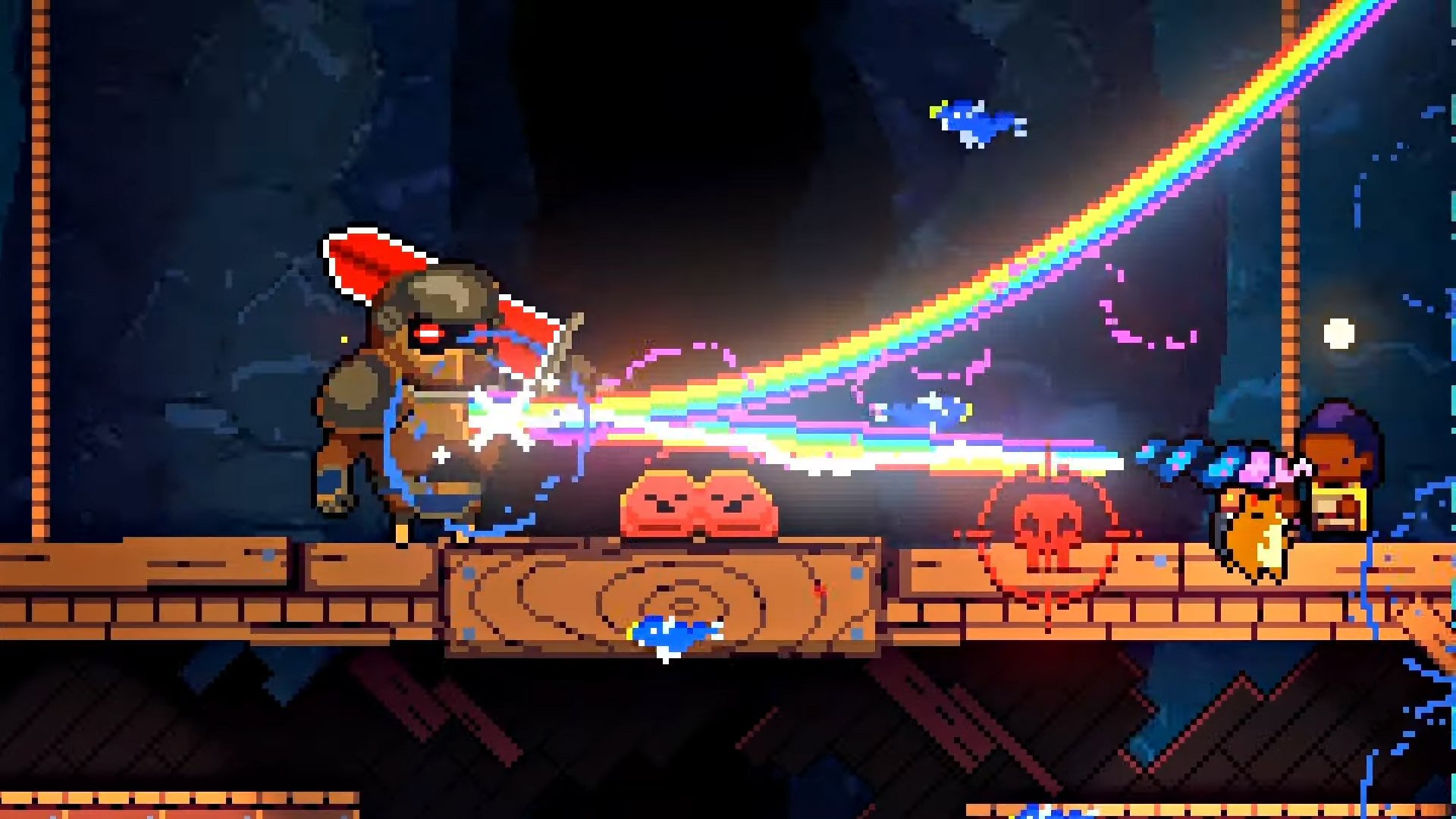 There are a handful of Apple Arcade exclusives we’re stoked to see come to other platforms, and Exit the Gungeon – a “dungeon climber” spin-off loosely comparable to the all-time great Super Crate Box – is one such game. After several months on iOS, it’s now eying a PC and console release “early this year.”

“It’s very arcadey, good for a breezy half-hour-or-less run, and lacking some of the depth inherent in Gungeon‘s debut by design,” Chris noted in his review. “Exit the Gungeon is an interesting experiment and a clever way to keep the series going without copying what’s already been done.”

I haven’t played it yet – after a few solid months, I bowed out of my Apple Arcade subscription – but I’ll give the console version some serious thought (assuming Nintendo Switch is in the cards).

On Twitter, developer Dodge Roll Games also reminded us that there’s a two-player lightgun game in the works – that’d be Enter the Gungeon: House of the Gundead – and it’s heading to arcades.

Beyond the port news, Dodge Roll shared the latest sales figure for the game that started it all. Enter the Gungeon has sold three million copies – a huge success and a testament to the team’s generous updates. I feel like this studio has already earned enough goodwill to establish lifelong fans.