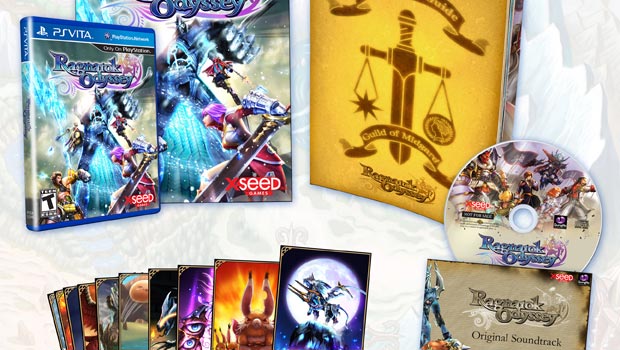 We detailed Ragnarok Odyssey’s soundtrack with artist Kumi Tanioka earlier this week, and now XSEED is allowing us to give you an exclusive first look at the contents of the game’s Mercenary Edition which includes the soundtrack disc and some other goodies. I’m particularly fond of the randomized trading cards (ten are included, and there are fifty in all).

The game is out on October 30, 2012, with the Mercenary Edition costing $49.99 compared to the standard’s $39.99. I think it’s worth it for the soundtrack CD alone, but the other contents are cool too.

Watch for our review of both the game and soundtrack coming soon, but in the meantime, let us know what you think of the set!