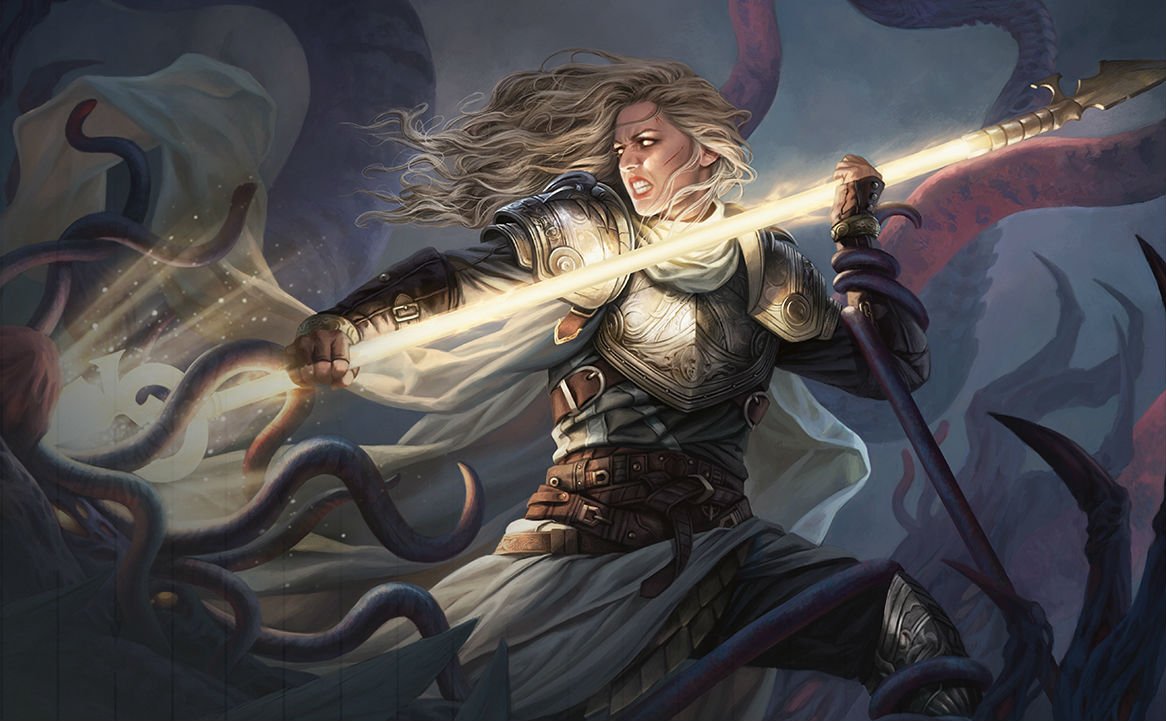 Wizards of the Coast is expanding the Historic format (which uses older, non-standard cards) in Magic: Arena, and they’re doing it in a way that involves multiple facets of Magic.

For starters, 25 new cards are coming to Arena‘s Historic mode on March 12. You can nab them for either 25,000 gold (in-game currency) or 4,000 gems (premium currency), or craft them for Wildcards. They’ll be playable in the following formats: Traditional Ranked (best-of-three), Ranked (best-of-one) and “other special Historic events,” like Historic Brawl.

The big draw here is Thalia, Guardian of Thraben: a two-cost legendary creature (2/1) that has first strike and makes noncreature spells cost 1 more to cast. Thalia is also the herald of the aforementioned Secret Lair tie-in, which is a 24-hour product that will go live on March 12, 2020 at 9AM PT for $29.99. Magic artists Magali Villeneuve and Johannes Voss created new art for Thalia, and Wizards is packing in a code for four card styles (just styles) in accordance with that art. As a note, the Historic Ranked queue will return (as well as a best-of-one ranked queue), and you can buy both anthologies for gold or gems (3,400 gems or 20,000 gold for Historic Anthology 1; 4000 gems or 25,000 gold for Historic Anthology 2).

Wizards is teasing more Historic Anthology II info during their March 5 “State of the Game” blog series. You can get a look at the Thalia cards and Arena sleeves in the gallery, as well as a full list of the new Historic cards below.

The new cards being added to Magic: Arena‘s Historic mode on March 12, 2020 are:

10. Knight of the Reliquary

20. Sigil of the Empty Throne