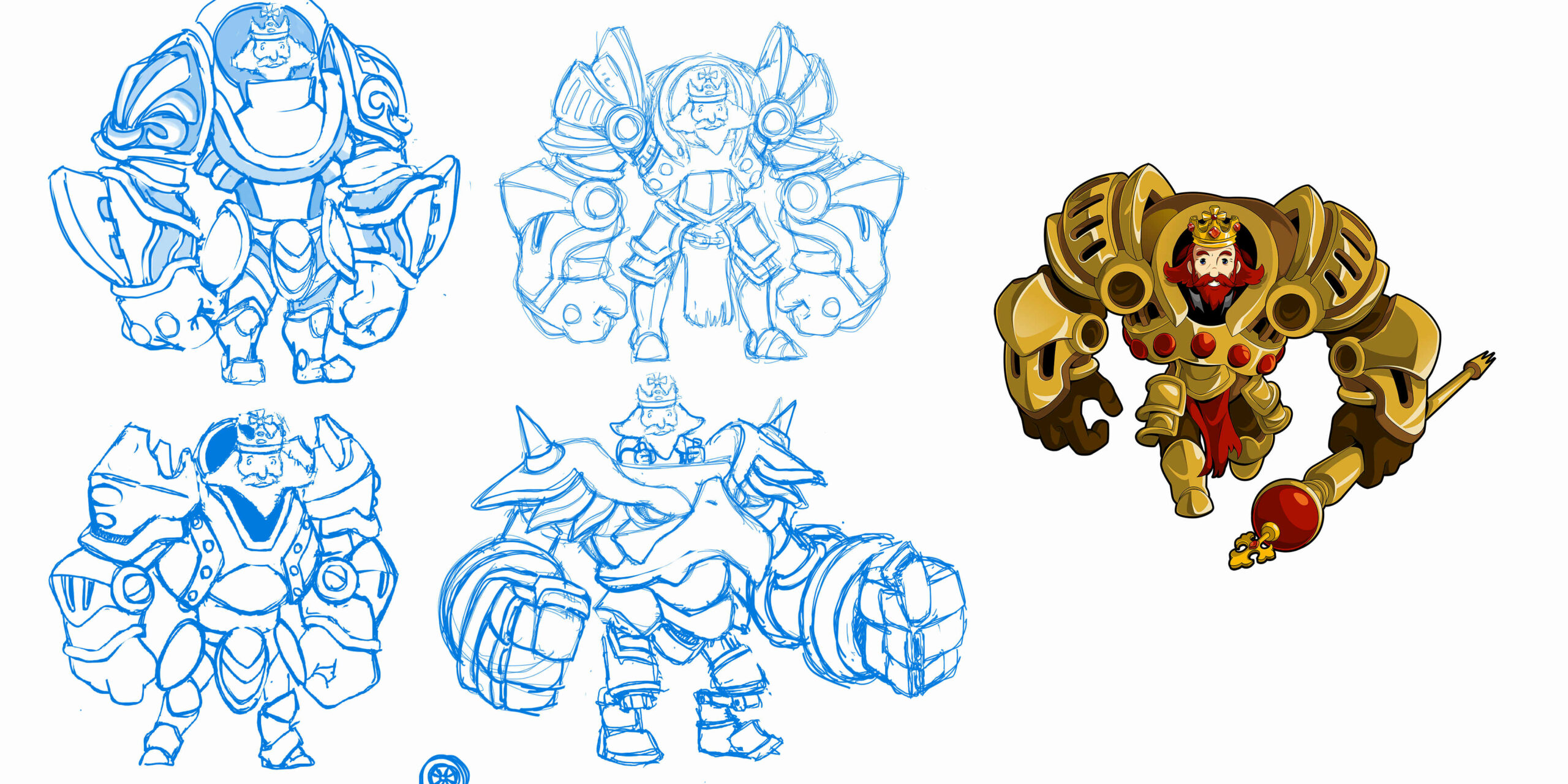 We almost had a Tron Bonne homage

Shovel Knight: King of Cards and the Smash Bros.-esque Showdown mode are set to debut very soon, but before they do developer Yacht Club Games has shared an exclusive piece of art with us.

If you haven’t been following along, King of Cards deals with a new adventure from the perspective of King Knight, who steals a kingdom from former ruler Pridemoor. Pridemoor has a huge role to play in the narrative, but mechanically he’s also one of the big boss fights King of Cards has to offer.

As it turns out, he wasn’t always the Hulk Buster-armor wearing King that his finished design conveys.  Before Yacht Club Games ended up with the final look, he had varying forms of his battle armor, as well as multiple scepter concepts. The one that stands out the most is assuredly the one where he’s riding on top of the mech: a motif that calls upon the Ride Armor from the Mega Man X series, as well as classic Mega Man Legends villain Tron Bonne.

I briefly spoke with artist Morgan Guyer, who worked on King Pridemoor, about the studio’s thought process. Guyer notes how prolific the Griffoth enemies are in his stage, so he and the team “tried to give the mech some of those design elements…it being a giant bird face and all.” The team was set on having Pridemoor actually control the mech at first, but “ended up going in a different direction” in the end.

They all look pretty great, but the finished design is arguably the cleanest. You can see him for yourself once King of Cards launches on December 10.