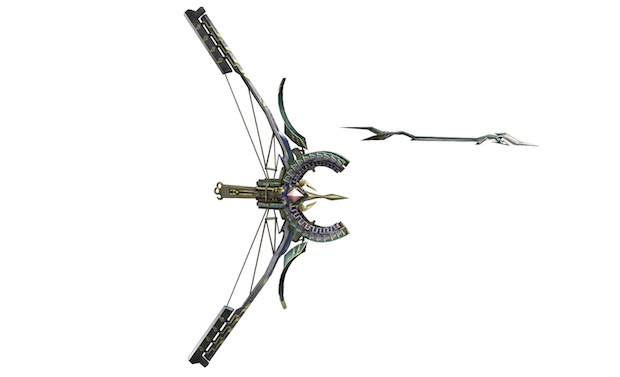 Square Enix and Microsoft have announced DLC content that is exclusive to the Xbox 360 version of Final Fantasy XIII-2. It’s a weapon for Serah only, and it’s called “Azrael.”

Square Enix says that this weapon is named after an angel who represents spirits and death. In the game it upgrades Serah’s Chain Bonus when equipped.

This one’s cheap: 80 Microsoft Points, available at launch. They say that uou can purchase this weapon from Chocolina in Episode 2, whatever that means.