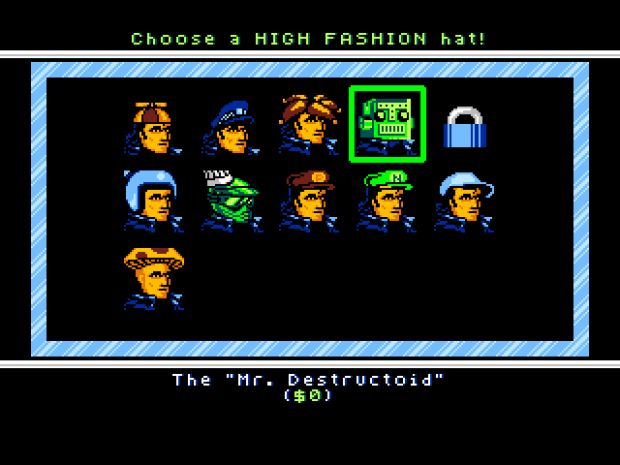 Brian Provinciano’s Retro City Rampage is coming out for Xbox Live Arcade this summer. The XBLA version of the game will have widescreen support, a challenge mode, a character creator mode, and video replays, and it now features Mr. Destructoid as a playable character! You’ll be able to find and equip the Destructoid helmet, which will give you some special powers — but that will be revealed a little later.

Not only that, but Destructoid is also a PLAYABLE level! At some point during your quest in Retro City Rampage, you will have to find Jonathan Holmes to get a special item. The quest is simple enough — that is, until Dr. Von Buttnick steals the special item and goes on a city-wide rampage in the giant Destructoid robot!