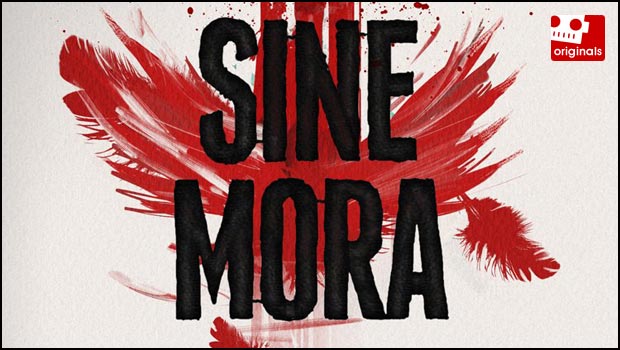 With just a week left until the release of Grasshopper Manufacture/Digital Reality’s gorgeous schmup Sine Mora on the Xbox Live Arcade on March 21st, I can barely wait, and now I have an even bigger reason to be excited about the game. It was announced early on that composer Akira Yamaoka would be providing the soundtrack, and from what we’ve heard in trailers thus far, it’s unlike anything he’s written before.

We’ve been able to steal some of Yamaoka’s time to have him provide us with several clips of music from his funky 1970s-inspired electronic soundtrack, all of which are exclusive to Destructoid. In addition to the music samples, Yamaoka has also provided us with some of the early screenshots he was given for each stage represented by the samples in order to explain his inspiration for the unique sounds he’s created.

Hit the jump to experience the sound of Sine Mora with composer Akira Yamaoka.

In addition to music clips for the first three stages, we also have a sample from the sixth stage of the game, Tira. Feel free to enjoy that one outside of Yamaoka’s commentary as it’s one of my favorite things I’ve heard from the game so far.

Akira Yamaoka: This game is unique as its world was constructed by the best visual creators with beautiful graphics into a side scrolling action game, a genre that everyone is familiar with.

Yamaoka: I felt obligated to come up with sounds that would match this well-created world. I had to create something that would be worthy for this game as well as sound that could actually enhance the game when matched with the visuals.

Yamaoka: I remembered about songs from the 70s, a style that is somehow a bit nostalgic. I also wanted to use an electric sound. As you can see in the image, the stage is rather near-futuristic but it gives out a bit of nostalgia and a classic feeling as well.

Yamaoka: I wanted the players to feel a classic electric sound that matches the feelings you can get from the entire game. Particularly, the enemy plane you see in this stage look so unbeatable and it gives a sense of the large scale of the battle.

Yamaoka: The game also offers sensitive aspect as well as the fierce battle with concentrated gun fires. The existence of two extremities of gameplay and the world is one of the unique aspects of this game.

Yamaoka: You can see these unique futuristic lasers in this stage as well. The digital visuals mixed with the classic background interested me as I created the sound. This is why I used electric as my motif.

Yamaoka: Also, you also have scenes with nature such as this. Even so, I still used 70s electric sounds to depict this game. Personally, the natural world and the near future world were a source of creative inspiration for me.

Yamaoka: The electric sound that I wanted to create is classic 70s style. As you can imagine from this visual, it’s kind of like a light watercolor painting type of sound.

Yamaoka: Blue and red are used often in this game. The beams shot from this enemy are also in these colors. I made the 70s electro sound to resemble this shade of colors.