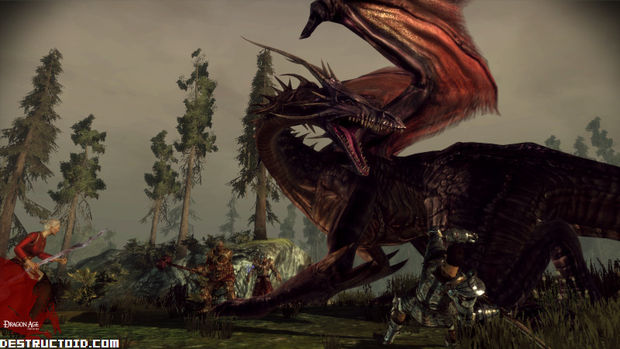 As far as we know, the PS3 version of Dragon Age: Origins won’t have exclusive Challenge Room DLC starring the purple-clad trickster The Joker. But that could all change this mid-morning as game developer BioWare is planning to blast an “exciting” announcement about this version of Origins directly to PS3 owners.

According to the official Origins Web site, BioWare’ Ray Muzyka and Greg Zeschuk will make an “exciting announcement” in a live chat that is to be published in motion on both official PlayStation blogs at 11 AM (PST). In addition to the announcement, the two co-founders will be answering questions about the game with lead designer Mike Laidlaw and executive producer Mark Darrah.

We plan to drop in and ask some very important questions. For example, what kind of Hot Pockets would a Grey Warden prefer? Is he a Philly cheese dude, or does he like pepperoni? Also, has he ever burned his mouth on one because he tried to eat it too fast? We must know this.