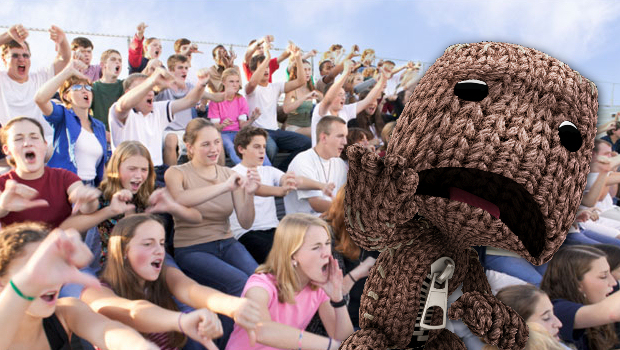 Recently laid-off Sony PR man Will Powers has taken to Twitter to share some views on his former bosses, questioning the company’s recent business decisions and suggesting that its big titles are being thrown to the wolves. It’s pretty stern stuff!

“You have to wonder what the hell PlayStation was thinking laying off more than half of their software PR team going into the holiday season,” he said. “In typical fashion they’re sending titles out to die, because they have no PR support — LBPK, Sports Champions 2, Wonderbook.

“Worst part is, the PR department was already under-staffed. I feel sorry for those that remain there, because their workload just doubled. PR is non-revenue generating, but has a very low operating cost in relative terms to their results. Laying off to cut costs makes no sense.”

According to Powers, Sony’s actually incurring more costs by firing its internal PR team and then giving the work to outsourced contractors.

“Already, they outsourced entirely too much work to overpriced agencies, so laying off is only going to exacerbate an existing problem. The point of having external agencies is so that you can scale back without layoffs, not layoff so you can ramp-up. Internal PR teams have product loyalty and only serve one master. Neither can be said about agencies, although there are some select people.”

Having laid out the PR problems in the cold light of day, Powers then moved onto its handling of products, most notably the PlayStation Vita.

“That being said, you have to question the priorities of the company as a whole — What [is] the point of AdHoc multiplayer when no one has a Vita?” he continued. “Sony in general is serving too many masters. Each company should operate autonomously. PlayStation shouldn’t suffer b/c TVs are overpriced.

“This is all being said, because I genuinely like and care about the PS product, but they’re being hamstrung from success internally.”

It’s a pretty harsh assessment of Sony’s position heading into the holiday season, but it seems like level-headed criticism when you separate it from the fact that a recently laid-off worker said it. Then again, I’ve long given up trying to understand Sony’s business decisions and motivations myself. It just moves in mysterious ways.