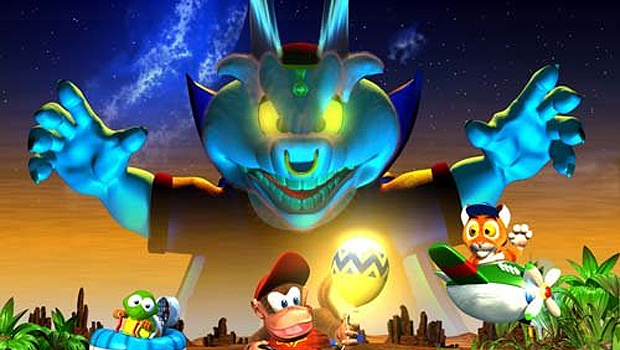 Nyamyam studio co-founder Phil Tossell has seen the peak of Rare’s golden age as well as its devolution into just another cog in the Microsoft machine. He joined Rare to work on Diddy Kong Racing, became lead programmer on Star Fox Adventures, moved onto Kameo: Elements of Power, then left the company after serving as the gameplay director on Kinect Sports.

Today, he and two other former Rare staffers, Jennifer Schneidereit and Ryo Agarie, are hard at work on Tengami, a pop-up book adventure scheduled for Wii U, PC, Mac, and iPad. While speaking to Nintendo Enthusiast about this new venture, Tossell recounted how the Rare atmosphere started to change following the acquisition by Microsoft.

“Rare was also a close knit family and so it was something of a shock to suddenly become part of such a huge organisation as Microsoft,” Tossell recalled. “There was a severe culture clash which perhaps didn’t become apparent at first as Microsoft mostly allowed us to continue as we had always done. However as time passed and there were staff changes at MGS, together with Tim and Chris (Stamper) leaving, the culture changed and it began to feel more Microsoft and less Rare. While Rare continues to put out high quality games, for me it lost some of the spark that had made the company special.”

To say that Rare fans quickly caught on to Microsoft’s growing influence is an understatement. It was as clear as day to anyone who’s ever picked up a controller. I remember three years ago when the fan site MundoRare closed down following a failed attempt to film a Rare documentary. The explanation from Rare for putting a stop to the project was that it wouldn’t be “on message.” Rare caught a lot of heat for that move, but it seems pretty obvious now that it was likely Microsoft HQ’s self interests that resulted in that door slamming shut.

Can you even call the shell of the studio that handed off development of the long-anticipated revival of its own Killer Instinct franchise “Rare” anymore? All the biggest names have high-tailed it out of there — the Stamper brothers, David Wise, Chris Seavor, Grant Kirkhope, Chris Marlow, and so on. Who’s still around to keep the old familial spirit alive?

“I think at the moment the company is going through something of a rebirth as there are lots of new people and most of the old staff have left, so I’m excited to see what they do next,” continued Tossell. “Whatever Rare does it will always hold a special place for me.” I wouldn’t be surprised if a single tear rolled down his cheek as he spoke that.

Microsoft must have thought that by buying out Rare, which was a Nintendo studio through and through, the Xbox brand would suddenly out-Nintendo Nintendo. Did anyone really think it could be that easy? Just flash some green and snap your fingers and ta-da?

Actually, according this story from Chris Seavor, in which one of Microsoft’s suit honestly thought owning Rare also gave them ownership of Donkey Kong, I wouldn’t doubt that’s precisely what they thought would happen.

Interview: Nyamyam – Wii U “Has Huge Potential”, “Will Be Using Dev Kits Again in the Future” [Nintendo Enthusiast via NowGamer]