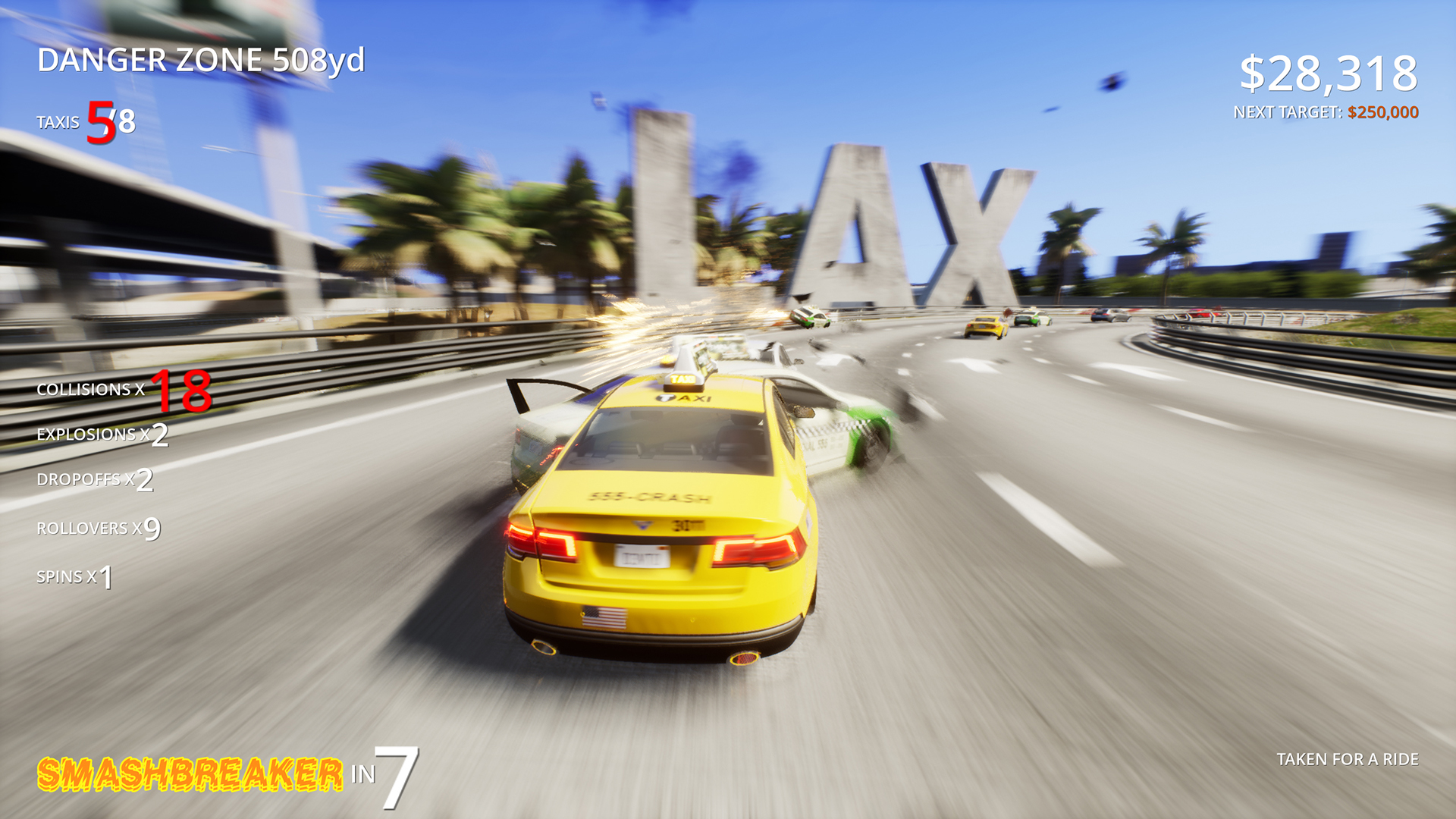 Three Fields Entertainment, a developer made up of ex-Criterion Games staff members, released the really good Danger Zone last year. It was a resurrection of the Burnout series’ “Crash” mode and was filled to the brim with potential for greater things. It really just needed more content, possibly some multiplayer and a change of scenery to liven up the experience. Thankfully, everything I mentioned seems to be coming in the two new titles that Three Fields has just announced (minus the multiplayer).

Danger Zone 2, due out next month, will expand the crash mode of the first title beyond the simulation test center and into live traffic. It will be set across 26 levels that range from the freeways of the USA, the motorways of the UK and the autovias of Spain. There will also be new mechanics like drifting and boosting, different objectives and a greater selection of vehicles.

Later in the year, the racing side of Burnout will return when Three Fields releases Dangerous Driving. This title will feature closed track racing with takedowns, boosting, massive crashes and lots of destruction. There isn’t a mention of multiplayer, but it certainly seems like Three Fields is looking to recreate every aspect of its long-lost arcade racing series.

Co-head of Three Fields, Alex Ward, told Eurogamer, “We’re taking all that we’ve learnt to develop our most ambitious title to date. Dangerous Driving gets me back to making arcade racing, the kind of software I am most passionate about.” Seeing as how I liked Danger Zone, I definitely trust Three Fields to make something great.