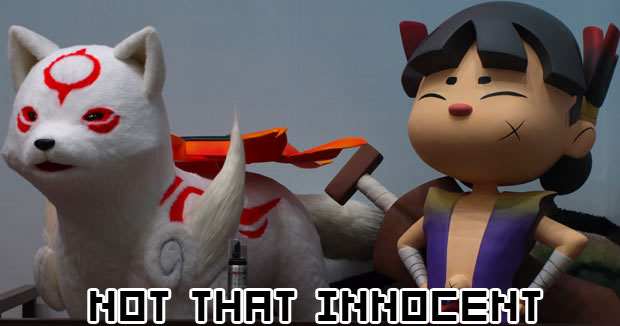 Hideki Kamiya, director of Devil May Cry, Viewtiful Joe, Okami, and Bayonetta should be feeling pretty good right now. Bayonetta was one of best selling games in Japan this year, and chances are it will also do pretty well internationally.

Despite that, it doesn’t seem hard to get the guy feeling down. For instance, ask him about making an Okami sequel, and he’ll tell you that “Up until very recently I really felt someday I wanted to make a sequel to Okami, and there were others who wanted me to as well. But then the other day I heard the announcement that someone else would be making a sequel and now I’m just not interested in it anymore. Once someone else touches a world that you yourself created it stops being yours. There is no point in making a sequel when the world doesn’t belong to you.“

Sounds like the level of intimacy the guy feels with his games is pretty intense. Now that someone else is “touching” Okami, he wants no part of it. Good thing Viewtiful Joe is still pure. Kamiya says “Viewtiful Joe is probably all I’ve got left. That story is incomplete so I’d like to finish it someday. But that would probably be the most difficult one to do.”

Please Capcom, get the band back together and make Viewtiful Joe 3 the right way. I don’t care if you need to use the old “mission from God” trick to make it happen. Just make it happen.