Said to be inspired by games like The Walking Dead, The Last of Us and Half–Life, the new studio – Kollide Entertainment – wants to develop a narrative-driven, action-adventure horror game.

“Broken is an episodic third-person action adventure game series set in the year 2021,” states the Kickstarter. “This is an original story that follows the personal adventure of Logan Kyle, a Navy Seal, and his family as they experience the end of the world on the front lines of an extremist group’s catastrophic global biological weapon attack, resulting in death and a rare, but most horrific mutation.” 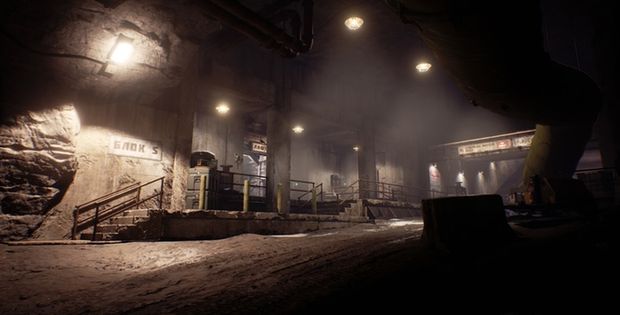 “Broken’s focus is 100% story driven; all aspects of the game will support that goal. We will be doing away with some of the time draining staples of the current action-adventure scene such as repetitive puzzle-based level design, arbitrary collection artifacts, obscenely difficult enemy spawn encounters, and superfluous achievements.”

“Essentially, our goal is to offer unique immersive story experiences and to streamline gameplay such that returning to our game in between gameplay sessions is as seamless as possible. Ever stopped playing a game for a few weeks only to return to it and have no idea what the controls were? Yeah, us too.”

The Kickstarter seeks $275,000 by the end of the month and offers a breakdown of how it intends to use contributions to complete the pre-production process.

For more, head on over to the Kickstarter page for pics, info, and even a lovely video.

Broken is scheduled to hit PC/MAc first, with “future plans” to bring it to Xbox One, PS4, and mobile devices. What do you think, horror fans?