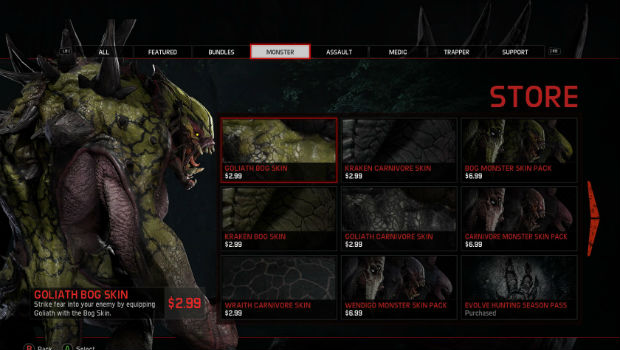 Evolve is nearly upon us, and a few of us have access to the game’s pre-launch servers — expect some impressions soon and a full review after we’ve tested the full version. When Evolve launches tomorrow, it will arrive with a fair bit of skin DLC to go with it.

While all of it is optional, purchasing the bundles for everything day-one adds up to $60.89, not including the $24.99 Season Pass that nets you three exclusive skins. Take a look at the gallery below to get an idea of what to expect.

I was confused enough by the pre-order situation, but at least it wasn’t as bad as Watch Dogs.