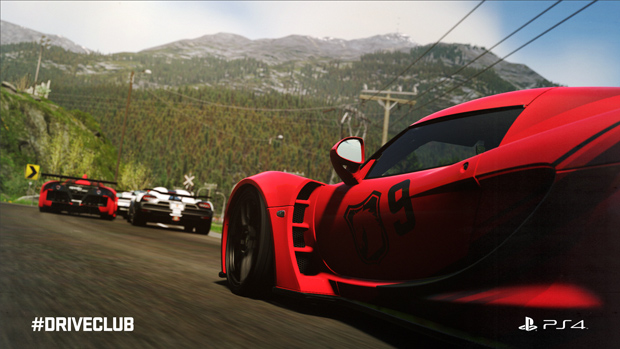 ‘We won’t compromise on quality to rush it to you’

Evolution Studios’ long-delayed Driveclub came back with week with a new trailer and what will hopefully be the final release date: October 7, 2014. Writing on the PlayStation Blog, director Paul Rustchynsky spoke about why the game was pushed back — namely, to perfect the dynamic menu, which is “key to how much fun you’re going to get out of the game because it is the glue that connects you to everyone else in the Driveclub community.”

The team wants to nail this online aspect, but it’s not the only element that could use more care. Visuals, audio, clubs (which now support up to six players, instead of up to 12), the campaign mode’s difficulty curve, and the detail level of cars and tracks are benefiting as well. And driving, of course — “we’re continuing to add further layers to the physics to make it both more accessible for everybody and more sophisticated for experienced racers.”

As for the PS Plus Edition of Driveclub, that’s still on the way. It’ll be out on the same day as the full version, offering “a selection of cars and tracks” to get players acquainted with the racer.